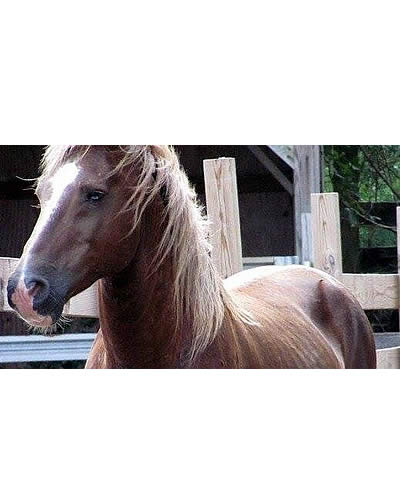 Surfer Dude is a major icon of Assateague Island. After his death this past winter, his thousands of fans feel that he should be immortalized as a Breyer Horse. Breyer Horses are the most instantly recognizable and well-loved model horses in America, and seeing Surfer Dude honored in such a way would be a fitting tribute to a great stallion. The fans of Surfer Dude feel that it is fitting for him to be made into a Breyer model because of the undeniable impact he has had on the Chincoteague pony breed and the people of Chincoteague island. His stunning looks and exuberant personality made him an instantly recognizable figure, and he has sired numerous foals who share his unique character. He has done nothing but improve the Chincoteague pony herd over the 23 years of his life. He has made the Chincoteague Volunteer Fire Company, who owns him and the wild pony herd, thousands of dollars in foal sales every year. Businesses on Chincoteague know that any merchandise with this famous stallion’s face on it will sell instantly. And to his fans he is one in a million: a fierce and powerful stallion who could go straight from a fight right back to gently nuzzling his mares and foals. Because of him pony fans around the world return to Chincoteague year after year and are utterly smitten with the breed. You would be hard pressed to find a stallion who has done more than Surfer Dude has in life and even after his death. We ask Breyer to do what they have always done: honor a horse that has changed the lives of so many. Chincoteague pony fans are deeply mourning the loss of this great horse. To see him as a Breyer model would ensure his legacy lives on forever.