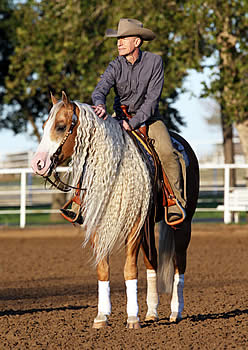 Many nationwide equestrians know Danny Robertshaw and Ron Danta as founders of Danny & Ron’s Rescue, a non-profit dog rescue they established in 2005 as a result of traveling to New Orleans to rescue stranded animals after Hurricane Katrina. Through their tireless efforts, Danny & Ron have rescued and re-homed over 7,500 stray dogs in just 8 years!

We are asking our friends, fellow equestrians, and dog lovers to help give a leg up to Danny & Ron’s Rescue, and help them support the 2014 USA World Equestrian Games Reining team! We just need your vote! It’s so simple! No forms to fill out, no names or emails to provide!

It’s easy to help by simply clicking here to vote for Danny & Ron’s Rescue — your vote will help them win a piece of the $50,000 FTI Great Charity Challenge bonus in support of team USA!

Danny & Ron’s Rescue is one of 32 charities participating in the FTI Consulting Great Charity Challenge on February 1, 2014 at the Winter Equestrian Festival in Wellington, FL. Fans can compete for their favorite charity by voting for them online in the $50,000 FTI Charity Challenge. The top three fan favorite charities will win a portion of $50,000. Fan Favorite: $25,000; Second Runner Up: $12,500; Third Runner Up: $12,500.

It’s easy peasy! Simply click & vote! You may vote repeatedly – one vote per IP address every 24 hours. Voting will close at the end of the FTI GCC competition on Saturday, February 1st. Voting is restricted to U.S. participants only.

Thank you very much for your support!