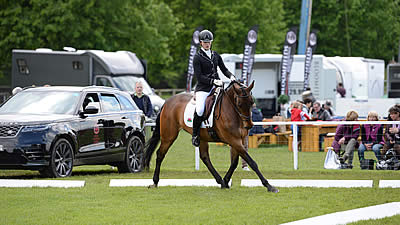 The Pony Club’s new virtual dressage competition is to be launched as part of the Virtual Windsor Autumn Series 2020. The competition will take pride of place on the Sunday of the online Show, which will be live-streamed from 25-27 September 2020.

Based on The Pony Club Home International Dressage which takes place annually at Royal Windsor Horse Show, the competition has been redesigned for a virtual platform. Teams of four will represent England, Scotland, Wales, Northern Ireland, and the Republic of Ireland in a first‐of‐its‐kind competition, with each team containing one Novice, one Intermediate, and two Open riders. Any current Pony Club member who fulfils the minimum requirements may enter a video to the Qualifying Competition, of which the highest scores in each country will form the teams. All entries to the Qualifying Competition will be judged and placed, with rosettes to 10th.

The highest placed riders from each country, in each section, will then go forward to film their Home International test. All tests will be judged by a panel of three British Dressage listed judges, one of whom will be completely independent of The Pony Club. The tests and results will be live-streamed as one programme as part of the Virtual Windsor Autumn Series 2020, on Sunday 27 September.

Marcus Capel, CEO of The Pony Club, said, “It is so exciting to have the opportunity to stage our Pony Club Home International Dressage virtually this year. The competition is usually a chance for riders to compete against the backdrop of Windsor Castle so, despite the disappointments that Covid‐19 has brought to 2020, our members will be able to ride at the virtual Royal Windsor Horse Show and to compete in this challenge online.”

Royal Windsor’s Show Director, Simon Brooks‐Ward, said, “We are delighted to be able to announce that The Pony Club Home International Dressage will take place on the Sunday of the Virtual Windsor Autumn Series 2020. The Pony Club is a stepping-stone for so many talented young riders, and during these times it is adapting and overcoming to continue providing education, inspiration, and competition to young riders all over the country. I look forward to seeing the high standard of equestrianism The Pony Club always produces.”

The Virtual Windsor Autumn Series 2020 will run from 25-27 September 2020 with the show itself taking place as a free‐to‐view live-stream available on Facebook, YouTube, and the Virtual Windsor website across the Show Weekend.

VIRTUAL WINDSOR 2020 can be found at https://virtual.rwhs.co.uk/.