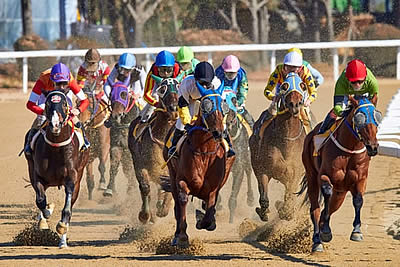 Are you ready for the richest horse race in the world? Taking place on February 29th, the Saudi Cup is set to be the richest horse race to have ever taken place. When you consider some of the other prestigious races that take place around the world, it is certainly exciting that there is another new player in town! If you want to find out more about this exciting event and the feature race, which is set to make some owners very rich, then continue reading….

The Saudi Cup: A Nine-Furlong Race on the Dirt Track at King Abdulaziz Racetrack

King Abdulaziz Racetrack has both dirt and a turf track, and the main event is going to take place over the dirt track. It is going to be run over nine furlongs, which is the same distance of the Pegasus World Cup, which takes place in Florida at the end of the month.

This is significant, as the winner of the Pegasus World Cup is going to be invited to run in the race, even if the horse has not been entered. So it is possible that we could see a horse take home two monumental prizes within the space of a month.

This is also significant when you consider the fact that the prize pool for the Pegasus World Cup was reduced considerably in order to make way for a new race on their card. Owners don’t need to worry, though, as nine-furlong specialists now have the opportunity to make an even greater sum of money.

Plus, when you think about some of the previous winners of the Pegasus World Cup, such as Gun Runner and Arrogate, there is certainly a lot to be excited about when it comes to the calibre of horses that we can expect to line-up for the 2020 Saudi Cup.

What Horses Are Rumored to Be Lining Up in This Exciting Event?

Well, there has been a lot of talk already about who is likely to take home the crown of the winner of the first Saudi Cup. There were 32 entries for this race in particular, with only 14 horses set to line-up on the day, so we’re yet to see who has made the shortlist for the main event. It is also worth pointing out that there are a few ways for horses to get involved.

Aside from making an official entry, as mentioned, the Pegasus World Cup winner will automatically have a spot in the race should they wish to take it up. Not only this, but there is going to be a race run in Saudi Arabia on February 7th to give an Arabian horse the opportunity to line up in the Saudi Cup, so it remains to be seen who will win this qualifier. Aside from this, there are a number of other horses that are being spoken about when it comes to their chances of taking home the prize. At the moment, the majority of the talk is about Maximum Security, a horse that crossed the line first in the Kentucky Derby last year but was later disqualified.

Other horses that have been mentioned include Mckinzie, Midnight Bisou, Tacitus, and Bravazo.

Are There Going to Be Other Races on the Card?

Of course, you can expect a full day’s racing of the highest standard at this event. There are going to be horses run on both the dirt and turf track, with several prize pots in excess of $1,000,000, and so there is certainly a lot of money to be won in these races as well.

Anyone attending this exciting event is assured to see a card packed with some of the world’s best horses and most exciting races. Gronkowski, named after the former tight end of the New England Patriots, is another exciting potential runner in the race for trainer Chad Brown. He was runner up in last year’s Dubai World Cup.

So there you have it: everything you need to know about how horse racing is breaking new records with the Saudi Cup. We are certainly excited to see which horses line up in the race, and, of course, we are even more excited to see who is going to be crowned the winner of this prestigious event.

Will it be one of the legends of the sport? Or will we see a new horse emerge as one of the greatest in history? We certainly cannot wait to find out.