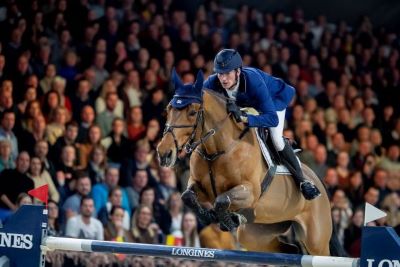 Olympic bronze medallist Daniel Deusser (GER) is back in the number one spot in the Longines Rankings for the third time. He takes over at the top with a total of 3,385 points.

Deusser, a member of the German squad that took team bronze at the Rio 2016 Olympic Games, was lying second at the end of the previous rankings period just 25 points behind 2012 Olympic champion, Steve Guerdat (SUI), who has held the position since February 2020.

Deusser is no stranger to being world number one. In 2017 he took over pole position from fellow-countryman Christian Ahlmann who had enjoyed a lengthy period at the top and in 2015, Deusser broke the 16-month reign of Scott Brash (GBR).

With his loyal stallion Cornet d’Amour, Deusser won the Longines FEI Jumping World Cup™ Final in Lyon (FRA) in 2014 and finished third in Gothenburg (SWE) in 2016.

As the equestrian calendar starts opening up again, the new rankings reflect some strong points-earning performances, with Switzerland’s Martin Fuchs staying in third position on 3,101, Ben Maher (GBR) up into fourth on 3,008 ahead of Kent Farrington (USA) and Scott Brash (GBR). Sweden’s Peder Fredricson has dropped from fourth to seventh, ahead of Ireland’s Darragh Kenny. McLain Ward (USA) and Marlon Modolo Zanotelli (BRA) make up the top 10 with just three points between them.