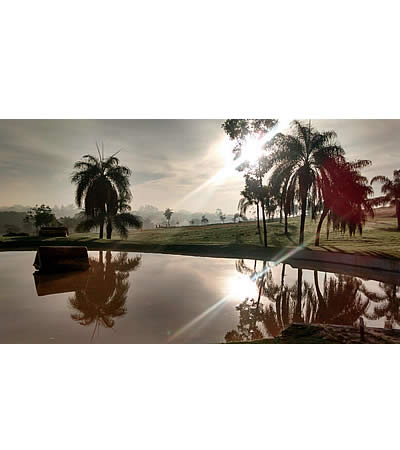 The Rio 2016 Olympic equestrian action gets underway on 6 August 2016. As always, Eventing will open the Olympic equestrian sports, and the Cross Country phase will be a huge attraction in the Deodoro Olympic Park venue with a course featuring stunning water jumps. (Gustavo Nascimento)

Lausanne (SUI), 5 August 2015 – Today marks the one-year countdown to the Opening Ceremony of the Rio 2016 Olympic Games, where equestrian sport will celebrate 104 years in the Olympic movement at the first Games to be held in South America.

The world’s best horses and riders will compete for medals in the Olympic disciplines of Eventing, Dressage and Jumping over 12 days of intense competition at the Olympic Equestrian Centre at Deodoro.

The Rio 2016 Olympic equestrian action gets underway the day after the Opening Ceremony on 5 August. As always, Eventing opens the Olympic equestrian sport, and it is Eventing that features in the Aquece Rio (“Warm Up Rio”) test event, which starts tomorrow.

While this week’s test event is limited to Brazilian horses, a total of 200 equestrian athletes will join 10,300 athletes from 206 National Olympic Committees at the Rio 2016 Olympic Games, which run from 5-21 August with 19 days of world-class sport.

“The world’s biggest sporting event is now just a year away,” FEI Director, Eventing & Olympic, Catrin Norinder said. “Our venue at Deodoro is absolutely stunning and we’re all set for this week’s test event, now that we’ve marked the one-year countdown to the Games. We’re all really looking forward to seeing equestrian sport, one of the only Olympic sports in which men and women compete against each other and which involves two athletes, the horse and the rider, at Rio 2016. The road to Rio is now a major focus in our sport, with qualifying events ongoing around the world.”

Ten nations have so far qualified Jumping teams for Rio, with six nations through for Dressage. The next major opportunity for European nations to qualify for the Jumping and Dressage at Rio 2016 will be the FEI European Championships at Aachen (GER), which starts in just six days (11 August).

Eight nations have already booked their team Eventing slots for Rio, and all eyes are next on the Longines FEI European Eventing Championships at Blair Castle on 10-13 September. This event, which takes place in the grounds of Scotland’s most-visited castle, forms part of UK Sport’s £40 million National Lottery funded events programme, which is helping to build a strong legacy from the London 2012 Olympic Games and the Glasgow 2014 Commonwealth Games.

“Rio de Janeiro will be the focus of the sporting world’s attention next year, when it becomes the first South American city to host the Olympic and Paralympic Games,” FEI President Ingmar De Vos said.

“Staged in one of the most culturally diverse countries in the world, the Games are going to be really spectacular. Rio will be making full use of its world-famous landmarks, just as London did, and equestrian sport will be rubbing shoulders with other exciting sports at Deodoro, including basketball, fencing, hockey, mountain biking, BMX, canoe slalom and rugby sevens.

“We are experiencing massive growth in equestrian sport around the world, and Rio will be our perfect platform, putting equestrian in the limelight at the greatest sporting event on the planet.”

The remaining equestrian team places at Rio 2016 will be decided at continental qualifiers, while individual places will be decided according to world rankings. All athletes competing at the Games must obtain the minimum eligibility requirements.

Rio 2016 Organising Committee is also making images, video, athlete quotes and news available on www.rio2016.com/en and Rio 2016 social media channels. Images of the Rio 2016 Organising Committee programmes and events can also be accessed through the dedicated press room: http://goo.gl/y7dDZs and videos of the Rio 2016 venues and transformations taking place across the city can be found on the Rio City Hall ´Cidade Olimpica´ website: www.cidadeolimpica.com.br/en.