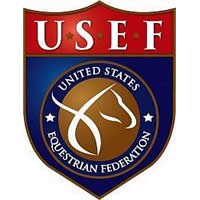 Lexington, Ky. – The United States Equestrian Federation (USEF) Eventing High Performance Committee has approved the following athletes for Emerging Athlete Eventing 25 and Eventing 18 programs for 2017. Following the post-Rio review, new approaches and definitions to all of the USEF eventing programs are being evaluated and introduced.

The Emerging Athletes Lists are designated as athletes with the potential to evolve into future team candidates. USEF Eventing Emerging Athlete Coach Leslie Law will provide the Eventing 25 and Eventing 18 athletes with skill instruction and insight in their respective training sessions. The Eventing 25 athletes will train at Meredyth South in Ocala, Fla., January 9-12, followed by the Eventing 18 athletes, January 16-20. Both groups will train at Tucalota Creek Ranch in Temecula, Calif., January 30 through February 2.

*Indicates rider(s) that were talent spotted into the program.