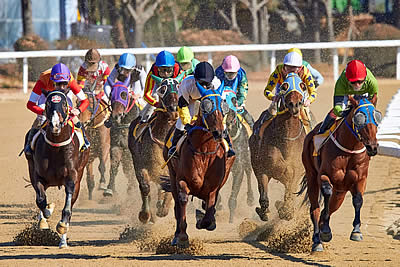 Photo by Mathew Schwartz on Unsplash.

It’s the time of the year again where horse racing becomes the talk of the town. And horse racing fanatics start to think about the Triple Crown.

Although there are many other horse racing events to bet too, that will not hinder or impede the most well-known horse racing event in the whole world from getting any attention. Kentucky Derby is, without a doubt, still one of the most anticipated races of the year, and a lot of people will want to know how they can prepare for it.

In other words, knowing the early odds and predictions of the race can be a huge help of whom you’d want to bet to. For a little help, here is a list of the Kentucky Derby Betting odds.

This colt is the early Kentucky Derby 2019 favorite. So, if you are searching for a “safe” bet for the 2019 Kentucky Derby, then Game Winner might be the perfect one.

Of course, poor runs and injuries can harm any horse. However, Bob Baffert’s got something with him, and most of the people are noticing it.

Yes, it is worth questioning if time will be on the early favorite. But we cannot eradicate the fact that it had five consecutive wins last year. However, only time can tell of this early favorite remains as the favorite.

Nevertheless, it is something to consider as bettors analyze Game Winner as well as the other colts in the Derby. Apparently, Game Winner is trained by one of the best trainers in the horse racing business.

Plus, he got four consecutive wins under his belt. Game Winner is, for the most part, priced not as an early favorite. And we get nearer to the big event, and mere contenders will end up getting the +800 tags or more.

If you don’t want to place a bet on Game Winner, there are still four horses that could be worth your money and time.

One of the top challengers is Improbable. Aside from the Game Winner, Improbable is also favored by many.

Plus, it’s one of Bob Baffert’s gems as well. Thus, he can go into the 2019 Kentucky Derby all too well. Taking into consideration that Bob Baffert has five straight wins, betting on one of his gems makes sense, mainly if they seem viable.

If it is not Game Winner, then it may be Improbable. Improbable has three wins and won huge at the Los Alamitos Futurity.

Another favorite in horse racing is Coliseum. He is also one of Bob Baffert’s trainees. In the pecking order, Coliseum ranks number three. However, he has won the only high-race he has run.

Plus, Coliseum looks to have the long and sturdy legs that will give him a high chance at success. Well, for most bettors, this is not the Baffert gem that they would put their money on right now. However, if you can get a feasible Bob Baffert Colt at this price, you might need to think about it.

Maximus Mischief is another colt that bettors should not miss. This colt has proven his spot with a convincing 2018 Remsen Stakes win.

Many are hesitant to put their money down on this one. Nevertheless, Maximus Mischief is a solid horse that has a 3-0.

There are many other horses to consider, and it is quite early to argue which is best. But surprisingly, horse racing experts seem to like Mucho Gusto, giving Bob Baffert another opportunity to nab or get a Kentucky Derby win.

If things go down drastically, it is not wrong to think that Mucho Gusto could become a real threat among the other challengers. This colt does not have the reputation of his fellow counterparts. However, he won at the Bob Hope Stakes and took the second place to his fellow Baffert gem Improbable at the Los Alamitos Futurity.

Could Mucho Gusto be the one everyone overlooks? Well, that is something horse racing bettors need to rationalize this Kentucky Derby 2019.

If you want to bet on the Kentucky Derby 2019, then it’s ideal to bet as early as you can. Why? It’s because you can exploit the values that you might miss later on.

But you do not need to bet now if you don’t want to. If you’re going to put your money down, you can look for betting sites such as https://www.tvg.com/promos/kentucky-derby/.