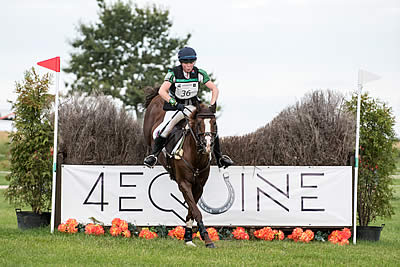 FEI rankings number one Alexander Yde Helgstrand won individual gold after a very good test with Adriano B at the European Championships for Ponies in Strzegom. Denmark stood on the highest step of the podium after both the team and individual classes.

“It’s amazing! I had to ride on the first day and we did a super test. We have been waiting the all day today, so it was really exciting until the last moment. And after last rider I was so happy, so it’s incredible. Adriano B is super sweet, he is a nice and relaxed pony, but when he is on a track at the show he is fighting for points. So, he is a really really good pony,” said the winner after the prizegiving. “I am finishing riding Adriano for now. I want to focus on my big horse now, who I won the Junior Nordic Championships with.”

The 16-year-old is also the one to watch in the individual Freestyle tests. The audience in Morawa will have a chance to see one Polish rider who qualified for the final rivalry – Tatiana Bierieznow with Gluckspilz. She stands at 21st position, with 54 pairs competing overall.

Saturday’s cross-country trials hasn’t changed much in the team rankings after dressage. Great Britain is still in the lead, second position stays with France, and the Irish have jumped into the third place.

The riders were tested over the course of 2990 metres with 24 fences overall. Individually, the best score for now belongs to Great Britain’s Daisy Bathe with SF Detroit. Leader after dressage, German rider Sophia Rössel with Camillo We, lost her position to be placed 5th for now. The British rider went clear over the fences, only 5 seconds over the optimum time. Lisa Gualtieri (FRA) with O Ma Doue Kersidal had an identical score and sits on second after cross-country. Third for now is Camilla Luciani (ITA) with Camelot Damgaard.

The only Polish rider in the class, Julia Witkowska with Chester, has decided to retire from finishing the course.