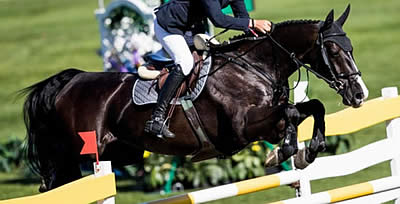 London, U.K. – Sept. 6, 2019 – Horse & Country TV (H&C TV) is thrilled to bring live coverage of the Rolex Grand Prix at Spruce Meadows, which is a part of the 2019 Rolex Grand Slam of Show Jumping, to show jumping fans in the U.S. The highly anticipated Spruce Meadows ‘Masters’ CSIO5* is one of the most prestigious show jumping competitions in the world, running from Sept. 4 to 8.

Set in Calgary, Canada, the five-day tournament draws the biggest names in the sport to vie for the lion’s share of CA$4.1 million in prize money. H&C TV will broadcast the Rolex Grand Prix live on Sunday, Sept. 8 at 1:45 p.m. EST, capturing all of the excitement of the world-class event as it unfolds. Be sure to join H&C TV by clicking here to be a part of the action.

Attracting the world’s most talented athletes to its various venues across the world, the Rolex Grand Slam of Show Jumping is the most challenging title to claim in show jumping sport, requiring three consecutive wins in the Rolex Grand Prix events between the four major tournaments at CHIO Aachen, Spruce Meadows ‘Masters’, CHI Geneva, and the Dutch Masters. A €1 million bonus, in addition to the prize money at each show, makes the title one of the most sought after in the sport. To date, only one athlete has won the Rolex Grand Slam of Show Jumping, Great Britain’s Scott Brash. Brash became the first and only athlete to win the title in 2015 after taking wins in Aachen, Spruce Meadows, and Geneva.

All eyes will be set on the United States’ Kent Farrington as he won the Rolex Grand Prix of CHIO Aachen in July, making him the live contender and giving him the potential to win the Rolex Grand Slam of Show Jumping should he add this leg to his tally of wins. Up against the world’s best riders, Farrington will have to lay it all on the line to give himself a shot at becoming the second rider in history to claim the coveted title.

Don’t miss out on the ride of a lifetime as Farrington goes head-to-head with show jumping’s elite, including world No. 1 Steve Guerdat (SUI) and fellow U.S. athletes, Laura Kraut, Beezie Madden, McLain Ward, and Nicole Shahinian-Simpson.