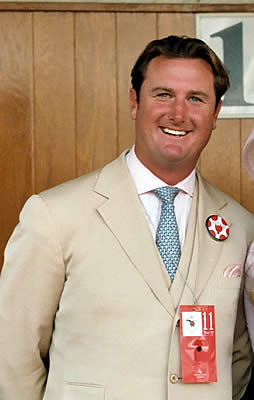 Ocala, FL (November 15, 2013) – Few understand the needs of high performance athletes in national and international competition better than the two time Silver Medalist and ten time national champion Chester Weber, whose most recent nomination to the U.S. Equestrian Federation (USEF) Board of Directors – despite a trend in organizational restructuring – continues to demonstrate the confidence equestrian sport’s national governing body has in the Ocala, Florida horseman.  Weber has served on the board for the past few years and has been an active force in promoting the sport of combined driving.

Referring to the volunteer position’s monthly committee work and twice-yearly meetings, Weber said, “It’s a way for me to give back to an industry that has made it possible to represent my country doing what I love. This year’s nomination is particularly significant, as the board has been downsizing significantly.”

What isn’t scaling back are Weber’s goals for his next two years on the USEF Board: “I want to ensure that we represent enthusiasts across disciplines, while aiding in the continued progress of the governance of our sport.”

The horsemen and women who serve on the USEF Board of Directors uphold a legacy begun in January 1917, when representatives from approximately 50 horse shows met in Manhattan and united in a shared goal of assuring clean competition, forming the Association of American Horse Shows and incorporating in June 1918. In 2001, AHSA changed its name to USA Equestrian (USAE) to represent the organization’s role more effectively in the United States, and in 2003, USA Equestrian and the U.S. Equestrian Team (USET) joined together to take on responsibilities as a national governing body and became the United States Equestrian Federation.

In addition to his role on the USEF Board, Weber is eyeing the 2014 World Equestrian Games in Normandy, capping his tenth national title last season with international wins at the 2014 WEG test event at CAI-Caen, and CAIO Saumur, and top three finishes at Beekbergen and Aachen.

Learn more about Chester Weber and the world of combined driving at www.chesterweber.com and via a link to Facebook.