May 7, 2010 – LEXINGTON, KY – The World Games 2010 Foundation is pleased to announce that 60 National Federations have submitted entries in principle for the Alltech FEI World Equestrian Games. They are:

Helena and Glenn get in formation to discuss one of the most unique National Championships in the horse world, The Super Ride. Listen in…

Florida Governor Charlie Crist has signed a bill that mandates the use of protective helmets by young equestrians when riding on public property or roads.

The law applies to children age 16 and younger who are: 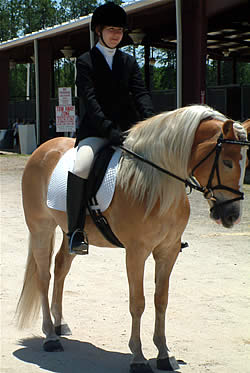 It does not apply to children under age 16 who are riding while:

The legislation, known as Nicole’s Law, is named after Nicole Hornstein, a 12 year-old girl from Loxahatchee who died in 2006 after falling from a horse.  Nicole’s parents and two sisters attended yesterday’s bill signing ceremony at Hamlin Park in Loxahatchee.