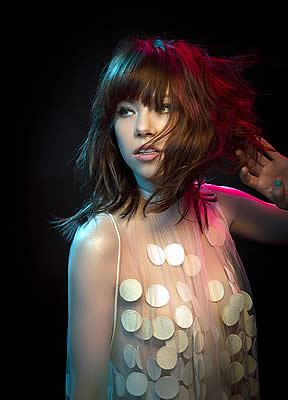 The Canadian superstar will be singing on Saturday night at the world’s richest team final, staged at the Real Club de Polo de Barcelona. The iconic Club, venue for the equestrian events at the Barcelona Olympic Games in 1992, celebrates its 104th anniversary show this year.

Teams from 45 nations took part in 19 qualifiers around the globe, with 19 countries qualifying for the Final in Barcelona, where they’ll compete for a total prize fund of €2,362,500. FEI Nations Cup™ Jumping is the world’s oldest and most prestigious team jumping event, celebrating 106 years of competition.

Carly Rae Jepsen shot to fame in 2012 after her single Call Me Maybe reached number one in 18 countries worldwide. She has since released a number of smash hits, including I Really Like You and Run Away with Me.

Carly Rae was thrilled with the invitation to perform at the closing ceremony in Barcelona, where she will be showcasing some of her greatest hits, as well as tracks from her new album Emotion, which is out now.

“I am really excited to be performing at the closing ceremony for the Furusiyya FEI Nations Cup Final,” Carly Rae said. “I’ve always loved horses and show jumping and I can’t wait to see the world’s best riders compete in Barcelona and then get on stage and perform for them! It’s going to be amazing!”

Ingmar De Vos, FEI President, said: “We are so happy to have Carly Rae Jepsen performing at the closing ceremony. She’s a global pop icon and she’s going to be singing at a world-class event. We are really looking forward to seeing her perform as the wrap-up to the Furusiyya FEI Nations Cup Final, the highlight of our outdoor jumping season.”