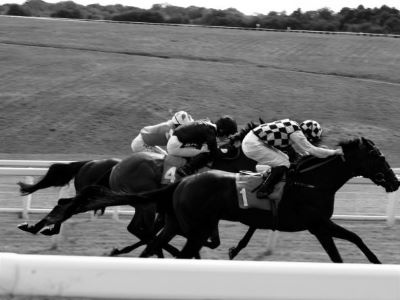 He had finished joint-top of the trainer standings last time around with four winners, and hopes were high that he could at least match that tally.

Although he recorded just one winner from his 27 runners, there were undoubtedly plenty of positives to take from the event.

Read on as we take a closer look at five Balding-trained horses that we believe are worth following after their Royal Ascot runs.

Balding pinpointed The Foxes as one of his best chances of the week before Royal Ascot and he will be disappointed with the horse’s run.

In an interview with Betway, Balding described the two-year-old as ‘very smart’ and backed him to build on a promising debut at Newbury.

The Foxes ultimately finished ninth in the Chesham Stakes, but it is too early to write him off given Balding’s comments prior to the race.

Coltrane’s victory under jockey Callum Hutchinson in the long-distance Ascot Stakes was the highlight of the week for the Balding stable.

Hutchinson produced a masterful performance aboard the five-year-old to guide him home ahead of the Willie Mullins trained Bring On The Night.

Coltrane is entered in the Northumberland Plate at Newcastle this weekend, but may swerve that race in favour of tackling the Ebor Handicap at York.

Chateau was fancied to run well in the Windsor Castle Stakes after recording an excellent victory on his previous outing at Beverley.

He finished fourth in a big field behind Little Big Bear, who was rated as one of trainer Aidan O’Brien’s best horse racing tips of the week.

A step up to six furlongs will probably bring out plenty of improvement in Chateau and he looks well worth following as the season progresses.

Bakeel was surprisingly sent off at 9/1 in the Norfolk Stakes after recording an impressive course and distance victory on his debut in April.

The Sioux Nation colt was in the front rank at the two-furlong marker, before being slightly outpaced during the latter stages of the race.

He eventually finished in fifth place, and it would be no surprise to see him step up on this effort over a slightly longer distance.

Tactical made a promising return to action after wind surgery at Newmarket in April and looked primed to run a big race in the Buckingham Palace Stakes.

The four-year-old was in rear on the wrong side of the group before being hampered at a crucial stage with two furlongs to run.

He finished off with a rattle to claim sixth place and seems a sure-fire future winner for Balding based on this solid performance.