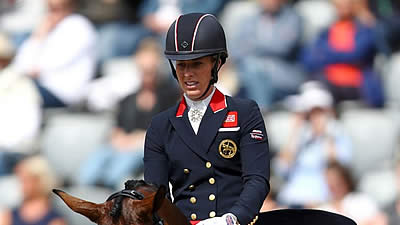 So, who are the top performers in dressage and equestrian? If you are a fan of the sport, you surely know most of these famous names.

Charlotte Dujardin started her career at an early age after first learning to ride horses at the age of two. Since those early years of riding, Dujardin has become the most successful dressage rider in the history of British equestrian. Due to starting at such a young age, Dujardin has been riding horses for 32 years. She is only 34! Dujardin won gold in team and individual dressage at the 2012 Olympics and individual dressage gold four years later in Rio. Fans of equestrian are gearing up for the end of the 2019 season and can use the latest racing codes to wager on the horses and riders they believe will win the next big event.

Anky van Grunsven has lifted the Dressage World Cup on nine different occasions during her illustrious career. Van Grunsven began riding at the age of 12 and in 1999, after years of success, Van Grunsven began a dressage and equestrian clothing line due to the lack of performance gear available to riders. Van Grunsven won individual dressage gold at the Olympics in 2000, 2004, and 2008.

Italian rider Valentina Truppa suffered a devasting head injury while competing in 2015. She rebounded from the fall and has since continued her sparkling dressage career. Truppa hasn’t had the Olympic success of Dujardin nor van Grunsven, but could turn that all around in 2020 in Japan. Truppa competed at both the 2012 and 2016 Olympic Games but failed to place.

Jill Henselwood is one of Canada’s top show jumpers. Henselwood was a part of team Canada’s silver medal win in 2008 at the Beijing Olympics. Henselwood made her national showjumping team debut in 1991, a mere two years after making her debut at the Grand Prix. Voted the 1992 Rookie of the Year, Henselwood has appeared in a number of major events on the back of her horse, Special Ed. 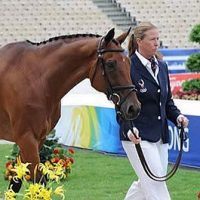 Olympic eventer Amy Tryon passed away in 2012, but her memory as a top Olympic eventer is long-lasting. Tryon won bronze at the 2004 Summer Olympics in Athens in Team Eventing. She appeared at the World Equestrian Games, winning gold in 2002 in Team Eventing and bronze in 2006 in the individual category. Tryon was unable to continue her success in 2008 at the Summer Olympics; however, her reputation as a top performer was set before the Beijing games.