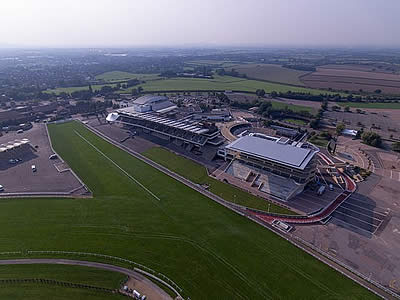 There are certain races at the four-day meeting in mid-March that runners hailing from the Emerald Isle do particularly well in, but where do the banker bets lie this year? Here, we take a look at the main horses from Ireland with the best chances.

Powerful owners Gigginstown House Stud have the world at their feet with tough mare Apple’s Jade, who has taken her form against the geldings to dizzying new heights on her side of the Irish Sea this season. The Gordon Elliott trained seven-year-old has won her three starts this season by increasingly wide margins and holds Cheltenham Festival entries in the Champion Hurdle over 2m, against her own sex in the Mares’ race and the 3m Stayers’ Hurdle.

If the ante-post markets are any indicator, then Cheltenham betting odds 2019 of 11/8 with William Hill suggests a third run in the Mares’ Hurdle is the route Apple’s Jade will take. The Champion Hurdle looks a muddle, however, and she’s running in the Irish equivalent at the Dublin Racing Festival at Leopardstown.

Betfair are as big as 16/1 Apple’s Jade is redirected to the 2m championship race at Cheltenham before contesting the Irish Champion Hurdle. As for the Stayers’, she is two from two over three miles and a best-price 10/1 with the same bookmaker about that event.

It’s bold to suggest any horse winning the Cheltenham Gold Cup is a banker, but Presenting Percy has sat and watched all his rivals throw up more questions than answers en route to the blue riband event of steeplechasing. Pat Kelly’s stable star has done nothing wrong in contrast, and finally made his anticipated return to action when successfully defending the Galmoy Hurdle over 3m at Gowran Park.

That may seem like an unusual preparation for the elite staying chase at the Cheltenham Festival, but Presenting Percy took that en route to landing the RSA at the meeting 12 months ago. The bookies have shortened him up for Gold Cup glory as a result, with betway going a standout 100/30.

Last year’s one-two Native River and Might Bite have doubts hanging over them. Will the former get the soft ground he needs to be shown to best effect? The latter, meanwhile, has flopped in two starts this season and failed to defend his King George VI Chase crown at Kempton over Christmas.

While young improvers like Clan Des Obeaux and Kemboy have staked their claims, they simply don’t have the Festival pedigree of Presenting Percy. He won the ultra-competitive Pertemps Network Final Handicap Hurdle two years ago before tasting RSA Chase success as a novice last season.

Grand National hero Tiger Roll is also Gigginstown owned and trained by Elliott, and already boasts three victories at the Cheltenham Festival. This nine-year-old landed the Triumph Hurdle as a juvenile, then proved his stamina with a win in the 4m National Hunt Novices’ Chase two years ago before delivering again in the 3m 6f Cross Country Chase.

Tiger Roll relishes running in the spring and clearly loves Cheltenham. Winning another Grand National is a big ask for him, because only Red Rum in modern times has done it, but the Cross Country is a conditions race and he goes there fresh as a general 5/2 chance with bookmakers to defend his crown.