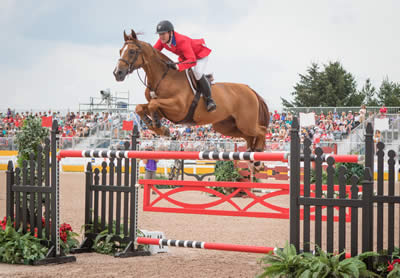 Lausanne (SUI), 3 June 2016 – American Olympic champion McLain Ward has shot from fourth to the top of the Longines Rankings, the world Jumping rankings.

France’s Simon Delestre, who competed at his first Olympic Games at London 2012 and had held the world number one spot since March, is now second, with Germany’s three-time Olympian Christian Ahlmann close behind in third.

McLain Ward was recently named on the short list with both horses HH Azur and Rothchild for the USA Olympic Jumping Team for Rio 2016.

“We are thrilled for McLain, his owners, and his support team. He is an extremely talented rider who produces horses with care and attention to detail. This is wonderful recognition and a great boost for U.S. show jumping.” said Robert Ridland, USA Chef d’Equipe.

McLain’s father Barney won the 1982 Grand Prix of Devon in Pennsylvania, United States of America, 20 years to the day before his son claimed victory in the same competition.