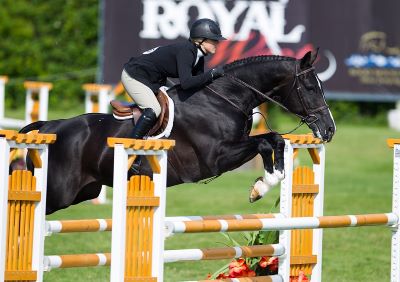 The world of horse show jumping can be a fascinating adventure to join, but it can also be hard to follow for beginners, with a lot of technique and different events and rules to follow. It’s one of the oldest sports in the history of the world, the hobby of kings of old, and one of the most important Olympic Games equestrian events. Regardless of whether you’re taking your first steps into this world, you’re simply looking to refresh your knowledge, or you’re looking for the best information to make scommesse non aams, here are some of the most important show jumping events around the world.

Every year, from late November and for ten days, over 150,000 horse aficionados gather in Paris to witness the Paris Horse Show. The show, which combines competition, talks on equine health, behavior and breeding, arts shows, and sales, features everything you’ll want to watch in an equestrian event.

Several competition events take place within it, combining jumping, harness, western, and others, with over 2,000 horses taking part in the different events and competitions. However, the main event for show jumping fans is the Longines Masters de Paris, an international horse jumping event among the most important in the world.

One of the biggest events in the calendar for horse shows in the UK, the Royal Windsor Horse Show was first held in the midst of World War II, in 1943, to raise funds for help those affected, and has been a staple of the season ever since, increasing massively in popularity.

Hosted in the middle of summer (usually around May or June) at the royal residence at Windsor Castle in the English county of Berkshire, it’s the UK’s only international event for show jumping, dressage, and endurance. The highlight of the event is the International Show Jumping, where riders and horses from across the world come to compete in this incredibly prestigious event in front of thousands of people, and oftentimes even the Queen herself.

Held every September in the German city of Aachen (once the center of the European world as the capital of Charlemagne), the festival attracts a massive 350,000 people every year who visit and enjoy the best events and competitions for horse lovers across a ten day span.

Being the largest and most visited equestrian event in the world, many refer to it as the “Wimbledon of the horse world”, with a multitude of shows and even a concert presentation in charge of the Aachen Symphony Orchestra. There’s show jumping, dressage, driving, and vaulting competitions, but the jewel of the crown is the Aachen Grand Prix, which takes place on the last day of the festival. Olympic riders and the best horses compete for the first place in this prestigious event, truly one of the biggest events in the world of show jumping.