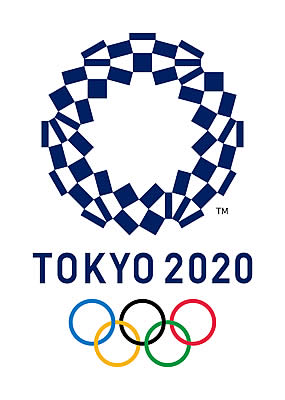 Following concerns raised about FEI Jumping Events in France and Syria where Olympic and Longines Ranking points were on offer, the FEI has investigated events at both Villeneuve-Loubet (FRA) and Damascus (SYR).

The investigation into the three events at Villeneuve-Loubet in December 2019 has established that, contrary to the FEI Rules (Article 110.2.3 of the FEI General Regulations), two competitions counting for the Olympic and Longines Rankings were added at each event after the respective Definite Entries deadlines. The updated Schedules for these three events were submitted to the FEI by the French National Federation and were mistakenly approved by the FEI.

As a result, and in accordance with Article 112.3 of the FEI General Regulations, the FEI has retrospectively removed these additional competitions, meaning that athletes who participated will lose their ranking points from these competitions. The Olympic and Longines Rankings have been updated accordingly.

Additionally, the FEI has established that three of the six events at Villeneuve-Loubet in January 2020 also had two classes counting for Longines Rankings points added after the Definite Entries deadline, again contrary to the FEI Rules. As a result, these additional competitions have been removed and athletes that participated will lose their ranking points for these competitions.

The FEI also reviewed the events that took place in Damascus (SYR) between October and December 2019, and while it was clearly established that there was no breach of FEI Rules and Regulations regarding FEI Calendar entries, the event Schedules or the number of events run, the investigation revealed an irregularity with the prize money at three of the events.

The events held in Damascus on 24-27 October 2019, 31 October to 3 November 2019, and 13-17 November 2019 had total prize money that exceeded the limit for a CSI2* and the Schedules for these events were erroneously approved by the FEI. As a result, the FEI has removed one FEI competition at each of these events in order to bring the total prize money within the specified limit, but this has no impact on the Olympic Ranking for Olympic Group F.

The FEI has also reallocated one of the two Jumping team quota slots from the Olympic Jumping Qualifier for Group F in Rabat (MAR) in October 2019, following adverse analytical findings in two members of the Qatari team, Sheikh Ali Al Thani and Bassem Mohammed. Both athletes tested positive for Carboxy-THC, a metabolite of Cannabis, which is a prohibited substance under the FEI’s Anti-Doping Rules for Human Athletes (ADRHA).

The FEI Tribunal issued a partial decision regarding the disqualification of the individual results of the two Qatari athletes on 15 February 2020. As a result, Qatar loses its team quota place for Tokyo and this has been reallocated by the FEI to Morocco.

The FEI has now confirmed the team and individual quota places across the three disciplines of Dressage, Eventing, and Jumping for the Tokyo 2020 Olympic Games, with three nations – Luxembourg (Dressage individual), Pakistan (Eventing individual), and Israel (Jumping team) – qualifying for the Olympic Games for the first time. The new formats have opened the door for more nations to compete at the Games, with Jumping going up from 27 in Rio to 35 in Tokyo, Dressage increasing from 25 to 30, and Eventing rising from 24 to 30. In total, the number of flags has risen from 43 in Rio to 48 in Tokyo.

Latvia’s individual quota slot for Jumping would mean a first Games start after a 32-year absence, having last competed in Seoul 1988. The Czech Republic and Hong Kong, which have both qualified for an individual place in Eventing, are planning to return to the Games for the first time since Beijing 2008.

The deadline to achieve the Minimum Eligibility Requirements (MERs) is 1 June, after which the FEI will confirm approval of the FEI Certificates of Capability to the National Federations. The final athlete/horse combinations for the three disciplines will be announced on 6 July 2020.

The Olympic equestrian events get underway the day after the Opening Ceremony in Tokyo on 24 July. Dressage will be the first discipline to hold its competitions (July 25-29), followed by Eventing (31 July to 3 August) and then Jumping (4-8 August). The competitions will take place at the Bajikoen Equestrian Park and the Sea Forest Cross Country venue.