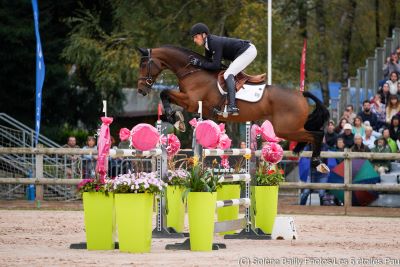 The thousands of spectators who flocked to the Domaine de Sers to encourage the best riders and drivers in the world made the right decision in staying until the end of this 31st edition of the event. There were some very high-level sports performances in both carriage driving and eventing. The morning was dedicated to the driving marathon, where World no. 1 Marion Vignaud and the French team finished in first place, and the afternoon saw New Zealander Tim Price ride to victory after a flawless weekend with his mount Falco. Maxime Livio, bronze medallist in the 2018 team event at the World Equestrian Games, produced the best French performance, ranking 5th at the end of the day. Pascal Sayous, President of the 5 Etoiles de Pau, gave a very positive review of a week of magnificent sportsmanship at the highest level, attended by over 40,000 visitors.