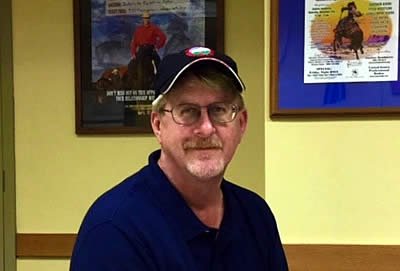 Jacksonville, FL (January 3, 2018) — The Jacksonville Equestrian Center grounds first got its start as a former U.S. Naval base. When the Navy closed down the base, they donated 2,000 acres of forestland to the city of Jacksonville, earmarked for a regional recreational park. The city then created an 80-acre, world-class equestrian center on the property, capable of hosting many kinds of events and often has multiple events simultaneously.

The task of running the versatile, multi-faceted facility in Jacksonville, Florida is now in the capable hands of Tim Jones. Although Jones spent the last several years in Kentucky horse country, he is happy to now call the warmth and balmy beauty of the sunshine state of Florida home.

Jones graduated from the University of Kentucky in 1987 with a Bachelor of Science degree in agriculture (agronomy/animal science). “I grew up on a farm in far western Kentucky,” he drawled softly. “But I really did not become involved with horses until I attended The University of Kentucky where I began working part-time on a local Thoroughbred farm to help pay for college.” After starting off hot-walking racehorses, an enthusiastic Jones began to learn the horse business from the ground up. He went on to become a groom, and then an exercise rider.

After a short stint as an assistant farm manager in Ohio, Jones moved back to the Lexington area as the event-coordinator of the legendary Kentucky Horse Park. “Although my position at the park wasn’t hands-on with horses any longer, I was heavily involved with the Mounted Police unit there and was fortunate to ride with them on several occasions, including a musical ride and many public relations functions.” It was at the Kentucky Horse Park that Jones learned about the horse show industry. “I loved the job, and I grew with the department during the next 17 years. We added rings and barns, and it was a really good time to be there.”

Next up for Jones was a seven-year stint as the director of Western Kentucky University’s Agricultural Expo Center in Bowling Green, where he was in charge of the operation of a climate-controlled 2,000-seat indoor arena, an outdoor arena and event stabling. “The Expo Center hosts a number of equestrian and livestock events annually,” Jones explained, “as well as providing classroom and support to the Agriculture Department of the University.” Bowling Green was a much smaller facility, and he says he “missed the larger events at a place like the Kentucky Horse Park.”

Jones’ vast experience will serve him well as he heads up the exciting new phase of construction at the Jacksonville Equestrian Center. Ground breaking will commence next month for an additional covered arena and cattle cover to complement the 5000-seat indoor coliseum, stadium jumping field, four permanent barns, and seven outdoor arenas The Jacksonville Equestrian Center staff has already developed a reputation for hosting family-friendly exciting events all year round, with most events open to the public. The facility is a favorite destination not only for horse lovers and competitors, but also for recreational events that take advantage of miles of hiking and riding trails, a picnic pavilion and even an Olympic-sized indoor swimming pool center abutting the equestrian facility.

For more information about the facility and to find out about upcoming events, visit www.jaxequestriancenter.com or Tim Jones at (904) 255-4225.