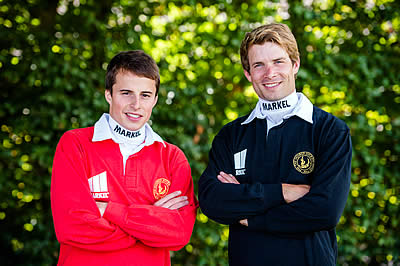 The Injured Jockeys Fund is to be the charity of the year at this year’s London International Horse Show at Olympia from 16-22 December 2014. Markel International, the specialist insurer, will sponsor a unique class on Friday 19th December. The Markel Champions Challenge for the Injured Jockeys Fund is set to be one of the highlights of the evening, featuring some of the UK’s best known flat and jump jockeys with the additional spice of top show jumpers.

Lisa Hancock, Chief Executive of the Injured Jockeys Fund, says: “We are delighted to be the official charity of the London International Horse Show at Olympia in our 50th anniversary year. The Markel Champions Challenge for the Injured Jockeys Fund is sure to provide a fun – and highly competitive – spectacle for the crowd, plus will help raise awareness of the important work we do at the IJF in supporting injured jockeys and their families.”

Juliet Redfern, Markel’s UK Divisional Managing Director of Equine and Livestock, says: “We are thrilled to be announcing this exciting collaboration with the Injured Jockeys Fund at Olympia in December and hope that it raises lots of money for what is a fantastic charity.”

Simon Brooks-Ward, Show Director, The London International Horse Show Olympia, says: “We are very pleased to be supporting the Injured Jockeys Fund this year. It is a charity that does tremendous work for riders – not just in horseracing but across all equestrian sports. The Markel Champions Challenge for the Injured Jockeys Fund will see professional jockeys demonstrating their equine skills in the Olympia Exhibition Hall in an event which promises to be great fun. It will be a great spectacle which is sure to entertain the Olympia audience, as well as hopefully raising lots of money for a very worthy cause.”

The Injured Jockeys Fund:
The Injured Jockeys Fund was founded in 1964 following the devastating accidents to Tim Brookshaw, and then Paddy Farrell in the 1964 Grand National. The Fund has since spent over £17m in helping over 1000 jockeys whose injuries have forced some of them to give up riding. The aim of the IJF is to maintain this ethos with continuing support for existing beneficiaries and to provide immediate and effective help to all newly injured jockeys in whatever way is appropriate to ensure a reasonable quality of life for them and their families. The IJF has two respite and rehabilitation centres, Oaksey House in Berkshire, opened by Patron HRH The Princess Royal in 2009, and Jack Berry House in Yorkshire, set to open in the Spring of 2015. www.ijf.org.uk

Markel International:
The Markel name and reputation are unsurpassed in the field of equine insurance. For over 50 years, Markel has provided uninterrupted coverage for horses and horse-related risks. Coverage is available for the widest range of needs from individual horse owners up to the largest global Thoroughbred breeding and racing operations, through to disciplines such as dressage, showjumping, reining, trotters and Arabians. www.markelinternational.com/equine

Olympia, The London International Horse Show:
The first international horse show took place in the Olympia halls in 1907. Olympia, The London International Horse Show, the event we see today, was started by Raymond Brooks-Ward in 1971. This year’s show takes place on 16-22 December 2014 in the Olympia Exhibition Hall, located in West Kensington London. The show will play host to a packed timetable of all things equestrian and is expected to welcome over 90,000 visitors. It is regarded as one of Europe’s oldest and most prestigious equine competitions. The show mixes top class equestrian action, including FEI World Cup™ Jumping, Dressage and Driving with family entertainment, such as the Osborne Refrigerators Shetland Pony Grand National which raises money for Great Ormond Street Hospital and The Kennel Club Dog Agility. The show’s official charity for 2014 is The Injured Jockeys Fund.