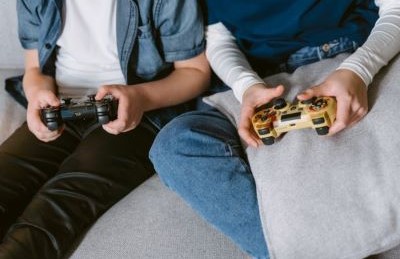 Across the world, people have been unable to go and spectate at horse racing events due to the pandemic.

Events across the US have been canceled, such as those at Golden Gate Fields, or they’ve gone on behind closed doors. Then as a consequence of attendees being locked out, they have only been available to be viewed on TV or via streaming platforms. If that wasn’t enough, as we head into winter, some of us who enjoy going riding will struggle with the cold conditions as they’re not conducive to getting out and about too.

So, when considering one or both factors, it means people have resorted to finding alternative ways to enjoy their hobbies. One of those is video gaming, as it’s possible to get on horseback via digitally based platforms. Some titles stand out more than others, so we’ve taken the time to look through the list and bring them to you, so you can concentrate fully on virtually saddling up.

The Witcher is a name instantly recognizable to gamers and has since become popular with TV viewers courtesy of the series released on Netflix. However, many do not realize the game has one of the most memorable horse riding experiences available. With the game map being so vast, there’s no better way to get around, and it’s not just a token gesture either. Roach, your steed, is a vital part of the Witcher experience, and there’s a lot of interactivity with your stallion throughout. Players get the chance to upgrade their accessories, from saddles to blinders and more.

Out of all the games available, this is the one that stands out far and beyond the rest when it comes to horse riding and interactions. The graphical representation of the animals is fantastic; the way they move and sound when their hooves hit the floor is exceptional, and it’s not surprising as Red Dead Redemption 2 is revered for so many things. Rockstar’s blockbuster title was released in 2018, and as Gala Casino details, it follows Arthur Morgan on his adventures around the Wild West, who relies on his steed for so much. That importance is also nicely integrated into the game through the bonding system. Yes, you read that right: you have to show your horse affection, feed it, and ensure it is groomed too. In doing so, you expand its abilities as you gain more trust. It will then cross deeper rivers, jump larger obstacles, and have more energy.

While the other two titles on this list lean towards an ultra-realistic look and have riding physics akin to what we’re used to, the representation in Dragon Quest XI is not as measured, but it’s just outright fun. The mechanics are simple, hold down one button on your controller to get your horse moving, then use the left stick to control its direction. The speed of your steed will force enemies out of your path in this Japanese role-playing game where battles are prevalent. However, there are horse races with varying difficulty levels to get involved in which if you’re the victor, the game gives you a small reward too.