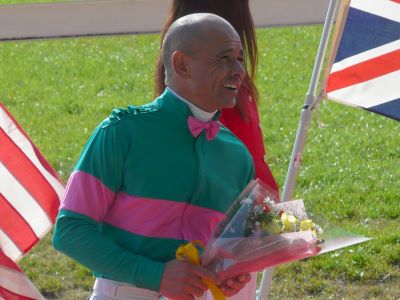 Just like with any other sport, horse racing has its fair share of legends. Many talk extensively about the horses themselves – Seabiscuit, Secretariat, Red Rum, and lots of others – but the jockeys that rode these great beasts to victory are also worthy of commendation. Jockeys guide their horses, understand them on an almost symbiotic level, and help them to unleash their full potential, so it’s important we honour them as well. Here are the 10 greatest jockeys in horse racing history, in no particular order.

No list of the greatest jockeys ever would be complete without Frankie Dettori. Jockeys are, largely speaking, in control of horse races; as trainer Andrew Balding told horse racing betting site Betway, a race victory is down to “the jockeys and the gods”, and nobody has shown more control over their horse than Dettori over the years. He’s the most prestigious winner of the Prix de l’Arc de Triomphe, having achieved victory in the French race a staggering six times.

Naturally, we had to include American legend Bill Shoemaker on this list, as he’s quite simply one of the greatest jockeys to ever have lived. Born in 1931, Shoemaker went on to ride eleven different winners of the coveted Triple Crown prize, although he never managed to actually win the prize himself within a single season. Not only did Shoemaker dominate as a jockey, though; he was also one of the most successful horse trainers in the sport after he retired.

Female jockeys simply don’t get enough appreciation. This is true across the board when it comes to sport; women aren’t shown the same respect and admiration afforded by men, but thanks to jockeys like Rachael Blackmore, we have a feeling all that is about to change. Blackmore rode her first winning horse in 2011, and since then, she’s had an incredible career, achieving victory in Cheltenham in 2019 and grabbing the coveted BBC World Sport Star award in 2021.

No, we’re not talking about The Fall frontman Mark E. Smith, but the jockey who managed to take a horse to Triple Crown victory in 2018 despite being 52 years old (the man himself, not the horse, of course). Smith is one of a rare breed of jockeys; his biggest career achievement came in his later years rather than when he was a younger man. Despite this, Smith still hasn’t retired, and shows no signs of wanting to do so anytime soon either. Long may he continue riding!

Another incredibly prestigious female jockey, Turner has managed to rake in an astounding £8 million in prize money over the course of her career. She was the very first woman to win a flat British Group 1, and she’s also one of the few female jockeys to achieve the feat of riding 100 winners in a single season in 2008. It’s fair to say that if you’re interested in the sport of horse racing and you want equality for everyone, Turner’s is a career you should be following.

Not only was Lester Piggott a hugely successful and celebrated jockey, but he was also extremely influential, too. His style of racing has gone on to influence the way in which jockeys ride horses in the modern era of the sport, and there’s a good reason for that. He managed to rack up an incredible nine wins in the Epsom Derby, making him the most celebrated rider in that event’s entire history. He’s even got a whole award ceremony named after him!

When horse racing pundits and analysts discuss winning jockeys, they will often refer to a “strike rate”, which is a number that shows a jockey’s overall win rate when it comes to winning horses. Russell Baze has a strike rate of nearly 25%, which is a very impressive statistic for the sport. He may not have achieved big wins in some of the sport’s most prestigious competitions, but sometimes, all you need to do to become a successful jockey is simply to prove that you are consistently great.

It’s fair to say that Nina Carberry has already achieved “legend” status within the world of horse racing, despite a career that only saw its first win when she was just 21 years old in 2005. She’s retired now, and she’s enjoying her retirement, competing on shows like Ireland’s Dancing with the Stars. In the world of horse racing, Carberry has ridden for famous trainers like Enda Bolger and has also recorded a highly impressive seven victories at the Cheltenham Festival.

Another Irish legend, Ruby Walsh retired in 2019 after a long career, securing a record for the highest number of Cheltenham Festival wins as he did so. He’s ridden legendary horses like the iconic Kauto Star and the famous Hurricane Fly, and he did so as those horses regained cups that they had lost in previous years. Walsh also managed to rack up 59 victories at the National Hunt races, so if you’re looking for a true legend of the sport, it’s hard to find one more decorated than Walsh.

The story of Bryony Frost and her beloved horse Frodon will go down in history as one of the most iconic partnerships in horse racing. Together, the two managed to achieve victory at Cheltenham in 2019 during the Ryanair Chase, and they also managed to win the King George VI Chase in 2020. That win helped to make the horse racing public feel more assured that things were going to be alright after a long, strange year, so Frost is something of a public hero for horse racing.