WELLINGTON, FL – February 9, 2013 – Defending champion Piaget, playing well on both ends of the field, remains in contention to defend its title in the Ylvisaker Cup.

Playing one of its best games of the high goal season on Saturday, Piaget knocked off Orchard Hill, 11-10, at International Polo Club Palm Beach to advance into Friday’s quarterfinals.

Piaget remained in control for most of the game, leading by as many as four goals in the fifth chukker (11-7) and held on in the final 57 seconds with a tremendous defensive effort against Argentine Open MVP Mariano Aguerre and Matias Magrini.

END_OF_DOCUMENT_TOKEN_TO_BE_REPLACED

Behind a total team effort and ball-hawking defense, Audi scored a convincing 11-3 victory to eliminate Faraway in the tournament and continue its quest for its first title of 2013.

With the win, Grand Champions Polo Club-based Audi (1-1) remains in contention in the 14-team tournament. Faraway drops to 0-2.

All four Audi players scored a goal from the field.

It was the kind of game where just about everything went right for Audi, including Roldan’s third chukker goal that hit the goal post with a loud thud and bounced in with 4:23 left.

END_OF_DOCUMENT_TOKEN_TO_BE_REPLACED

With the win, Grand Champions Polo Club-based Piaget (1-1) remains in contention to defend its title in the 14-team tournament.

Behind 10-goaler Miguel Astrada, Piaget outscored Goose Creek, 6-2, in the final two chukkers to rally from a three-goal deficit early in the third chukker.

Astrada scored a game-high nine goals including six in the last two chukkers, and was named Most Valuable Player. His horse, Chaleco was named Best Playing Pony.

Astrada is second leading scorer in the tournament with 16 goals behind 10-goaler Facundo Pieres of Zacara with 21.

END_OF_DOCUMENT_TOKEN_TO_BE_REPLACED 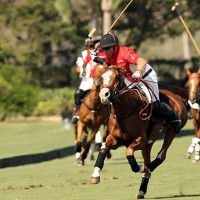 Down by four goals in the second chukker, Grand Champions Polo Club-based Audi cut its deficit to two goals (7-5) midway through the fourth chukker on Nico Pieres’ cut shot goal with 3:41 remaining.

Audi dug itself out of another four-goal deficit at the end of the fifth chukker with three goals from Nic Roldan to cut Lucchese’s lead to one goal but Audi squandered away four scoring opportunities in the final minutes of the game.

END_OF_DOCUMENT_TOKEN_TO_BE_REPLACED

After leading 2-0 early in the first chukker, Piaget was outscored 7-2 in the second and third chukkers and trailed 10-4 at halftime.

A second half rally, led by 10-goaler Argentine Miguel Novilla Astrada, cut Coca-Cola’s lead to four in the fifth chukker (12-8) and with 3:50 left in the game (14-10), but Piaget ran out of time to do any further damage.