In tandem with the official date announcement, EQUITANA USA has launched early collaborations with three major renowned equine associations: United States Equestrian Federation (USEF), the United States Pony Clubs (USPC), and the Retired Racehorse Project (RRP). EQUITANA USA is fully dedicated to working with associations that have positive missions in the horse industry and are able to touch all levels, ages, breeds, and disciplines.

USEF, which serves as the National Governing Body for equestrian sport, is “dedicated to uniting the equestrian community, honoring achievement, and serving as guardians of equestrian sport.” An ideal association to work alongside EQUITANA USA in its efforts to enhance equine and personal excellence among those with a passion for horses, USEF will have a booth, fan membership registration and onsite presence at the event.

“We are pleased to welcome EQUITANA USA to the United States, as well as to the Kentucky Horse Park, for the first time,” said USEF Chief Executive Officer, Bill Moroney. “This partnership will allow USEF to fulfill our mission of bringing the joy of horse sports to as many people as possible, while celebrating horses of all different breeds and disciplines. We encourage and invite fans of all different horse backgrounds to join us in experiencing this exciting new event.”

The United States Pony Clubs and its focus on youth development of character, leadership, confidence, and a sense of community also align naturally with EQUITANA USA‘s goal to inspire and educate young riders. Pony Club Members will have the chance to receive exciting early information about EQUITANA USA directly through Pony Club. The USPC will have a branded booth and Educational display during all three show days.

For more information about EQUITANA USA, visit www.equitanausa.com or www.kyhorsepark.com. 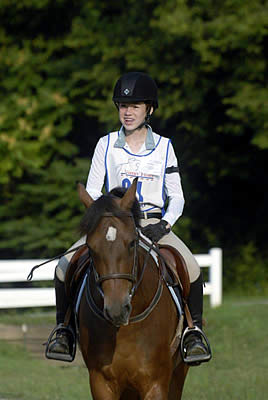 Mill Spring, NC – February 1, 2016 – Tryon International Equestrian Center (TIEC) is proud to announce the initiation of a major partnership between the venue and The United States Pony Clubs Inc. that will bring the 2016 Pony Club (USPC) Championships East to the expanding equestrian center for the first time ever in July 2016. The USPC Championships East will begin on Wednesday, July 27, and conclude on Sunday, July 31, as multiple disciplines will be showcased throughout the week, including dressage, eventing, show jumping, polocross, quiz, tetrathlon and mounted games.

The United States Pony Clubs, a staple in the educational foundation for many young riders in the U.S., was established in 1954 to guide younger generations of equestrians through the basic concepts of English riding and horsemanship. The goal of USPC has remained the same since its inception nearly six decades ago, to promote sportsmanship, stewardship and leadership through horsemanship.

The newly minted initiative between The United States Pony Clubs and Tryon International Equestrian Center will conjoin a wealth of resources and knowledge, as management teams of both operations hope to inspire a greater interest in horse sport through their combined efforts.

“Each year hundreds of Pony Club Members from across the nation qualify to compete at USPC Championships. Providing these members an opportunity to compete and showcase their equestrian sports and horsemanship skills at a world-class equestrian venue is exciting,” said Teresa Woods, Executive Director of United States Pony Clubs, Inc. “USPC and Tryon International Equestrian Center share the goals of creating a championship level competition and a special experience for all competitors, their families and the volunteers at Championship East.”

The United States Pony Clubs provides a nation-wide outlet for individuals interested in riding, regardless of background and previous equestrian experience, offering a range of age groups access to a wide variety of disciplines and educational resources.

“We are looking forward to the opportunity to host the 2016 United States Pony Club Championship East at TIEC. In a world where participation in equestrian sport has been stagnant in most disciplines over the last 10 years, we are inspired and motivated by the opportunity to work with US Pony Clubs management to create innovative ways to enhance interest and increase access to one of the most important gateways into equestrian sport, Pony Clubs,” said Mark Bellissimo, managing partner of Tryon Equestrian Partners. “Through the construction of this facility, we have built a family oriented platform, which we believe can cultivate an increased interest in equestrian sport based on the connection between these magical animals and their riders.”

With more than 1,000 participants, contestants, and volunteers anticipated to travel to TIEC in late July for the event, the venue will prepare to host families, competitors, and their equine partners for an action-packed week of fun, open and free to the general public. TIEC boasts seven barns with permanent stabling, 10 large arenas outfitted with world-class footing, as well as a newly added grass derby field, and Beginner Novice through Advanced level cross country course.

Competitors will take to the famed George H. Morris Arena at TIEC for the USPC Opening Ceremonies on Thursday, July 28, as well as for mounted games competition on the evening of Saturday, July 30, underneath the lights in an electrifying atmosphere.

“We are honored to be working with The United States Pony Clubs and are eager to expand opportunities and awareness for their organization and longstanding mission to empower young equestrians with leadership and horsemanship skills,” said Sharon Decker, Chief Operating Officer, Carolinas Operations, Tryon Equestrian Partners. “The Foothills region of North Carolina is the perfect setting for a championship event of this stature and we look forward to engaging and involving the local community as we prepare the facility.”

Tryon International Equestrian Center (TIEC) and Tryon Resort offer an array of family-friendly opportunities and activities in western North Carolina’s Blue Ridge Mountains, also providing numerous on-site lodging and dining options for a conveniently located stay. If interested in booking lodging for the event, please contact lodging@tryon.com for more information regarding weekly rates for the duration of the event.

The Tryon International Equestrian Center and Tryon Resort are destined to become one of the premier centers in the equestrian world. This new facility opened in June 2014 with sanctioned horse shows and initial supporting amenities including 10 riding arenas, 1200 permanent stalls, a covered riding facility and fitness center. Future expansion includes a resort hotel, condo and apartment buildings, mixed use retail space, sports complex, sporting clay course, and an 18-hole golf course plus a full calendar of equestrian competitions and activities. It is a spring, summer and fall haven for eastern and northeastern American equestrian competitors and enthusiasts and a year-round destination for non-equestrian visitors, offering an array of fine-dining selections and family entertainment. For more information, call 828-863-1000 or visit www.tryon.com.

The United States Pony Clubs, Inc. (Pony Club) was founded in 1954 as a nonprofit national youth organization to teach riding and horsemanship through a formal educational program. There are approximately 9,000 Pony Club members in over 600 clubs and riding centers throughout the country. Many of the nation’s top equestrians, including several of our Olympic team members, business professionals, government leaders and career military officers, have roots in Pony Club. Youth members range in age from as young as 4 through age 25. Pony Club also offers educational opportunities to a growing number of adults through Horsemasters membership. Please visit ponyclub.org for more information. 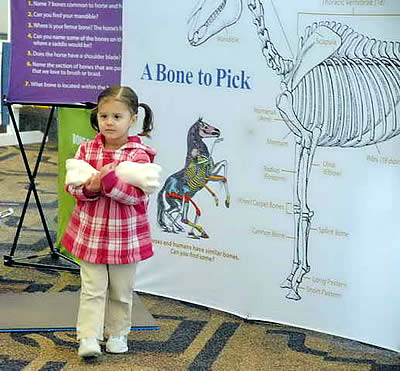 Applications due Monday, May 5

April 15, 2014 — Lexington, KY — There is still time to submit proposals for USA Equestrian Trust’s 2014 grants program. IRS-registered equine non-profit organizations are invited to apply by filling out the online grant application at http://www.trusthorses.org. The deadline is 11:59 p.m. Pacific Time on Monday, May 5.

In 2013, the Trust awarded nearly $265,000 to help fund more than a dozen projects. The Trust’s financial support has been dedicated largely but not exclusively for initiatives that are productive across several national-level discipline and/or breed boundaries. The Trust welcomes applications for need-based projects and encourages applicants to detail those in their applications. Among the past recipients of Trust funding are:

THE UNITED STATES PONY CLUBS: $9,855 was awarded in 2012 to help create a traveling display that serves as an interactive, educational experience for children.

“The United States Pony Clubs develops character, leadership, confidence and a sense of community in youth through a program that teaches the care of horses and ponies,” said Shelley Mann, director of marketing and communications. “Through the grant received from USA Equestrian Trust, The United States Pony Clubs is now able to reach out at a grassroots level to bring the magic of horses to youth through interactive fun and a hands-on approach that will hopefully lead participants to a future with horses.”

AMERICAN YOUTH HORSE COUNCIL: $5,000 was awarded in 2013 to support the group’s annual symposium that educates youth on all facets of the equine industry.

“We appreciate the significant support we received from USA Equestrian Trust,” said Executive Director Danette McGuire. “These are the kinds of investments that allow the American Youth Horse Council to help kids connect through horses by providing a cost-effective educational symposium for youth and youth leaders who represent all aspects of the equine industry.”

KENTUCKY HORSE PARK FOUNDATION: $25,000 was awarded in 2013 to assist in the creation of dedicated horse paths at the Kentucky Horse Park to enhance safety for horses and riders.

“The Kentucky Horse Park Foundation was able to meet our fundraising goal for constructing the All the Gold Dedicated Horse Path due in large part to the generous support of USA Equestrian Trust,” said Executive Director Laura Klumb. “We are delighted that the Trust’s commitment to equestrian sport dovetails with the Kentucky Horse Park’s commitment to ensuring the safety of horse and rider. The All the Gold Dedicated Horse Path allows the Kentucky Horse Park to ensure the safest environment possible for the thousands of horses and riders that compete here on an annual basis. We are very grateful.”

All Trust grant applicants must submit a proposed budget for their projects along with copies of their IRS determination letters and most recent IRS Form 990. If you have any questions about applying, please e-mail grants@trusthorses.org.

Funding available for grants includes $46,500 reserved for Hunter and Jumper non-profit programs and activities in California and Nevada. Applicants for this fund should make clear their intention to apply for grants available from this specific reserve.