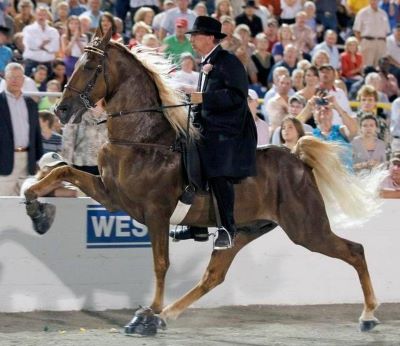 West Palm Beach, FL (August 9, 2022) – The Horse Protection Act (HPA), 15 U.S.C. § 1821 et seq., passed in 1970 and amended in 1976, outlaws the practice of horse “soring,” an inhumane practice of causing pain to horse’s foot or leg to produce a more desirable gait. “Soring” is defined as the application of any chemical (e.g., mustard oil or diesel fuel), mechanical agent (e.g., overweight chains), or practice (e.g., trimming a hoof to expose the sensitive tissue) inflicted upon any limb of a horse that can cause or be expected to cause the horse to suffer physical pain or distress when moving.

The practice of soring is aimed at producing an exaggerated show gait for competition, and is primarily used in the training of Tennessee Walking Horses, racking horses, and related breeds. Although a similar gait can be obtained using selective breeding and humane training methods, soring achieves this accentuated gait with less effort, and over a shorter time frame. An individual showing a “sored” horse has an unfair competitive advantage over individuals showing horses that are not sore. Under 15 U.S.C. § 1828, Congress empowered the Secretary of the U.S. Department of Agriculture (USDA) to promulgate regulations to implement the provisions of the HPA. The Secretary exercised this authority soon after HPA’s 1976 amendments and, through the Animal and Plant Health Inspection Service (APHIS), issued regulations governing inspections to detect the use of devices, equipment, and chemical substances designed to cause soring (9 C.F.R. § 11.1, et seq.). Section 11.1 permits horse industry organizations (HIOs), defined as “organized group[s] of people, having a formal structure, who are engaged in the promotion of horses through the showing, exhibiting, sale, auction, registry, or any activity which contributes to the advancement of the horse,” to hire and license private individuals known as designated qualified persons (DQPs) to perform soring inspections, enforce penalties, and administer appeals of those penalties. The regulations provide certain minimum licensing requirements, and DQPs must be either veterinarians with equine experience or “[f]arriers, horse trainers, and other knowledgeable horsemen” with relevant experience that are trained and licensed by an HIO. See § 11.7.

In two cases decided in 2016 and 2020, the HPA’s regulatory system for detecting and preventing horse soring came under scrutiny and criticism. The first case is McSwain v. Vilsack, 2016 WL 4150036 (N.D. Ga, May 25, 2016), which involved a regulation promulgated by the Secretary of the USDA in 1979 known as the “Scar Rule.” A horse is “sore” under the Scar Rule if it shows signs of previous soring. The Scar Rule sets forth criteria for an examiner to determine whether any scar tissue on the horse is a result of impermissible soring rather than normal wear and tear. In McSwain, Plaintiffs Keith and Dan McSwain sued the Secretary and the USDA, alleging that the Defendants had disqualified their prize Tennessee Walking Horse, “Honors,” on multiple occasions under an unwritten “once-scarred-always-scarred” rule, in which a prior disqualification under the Scar Rule is used as a basis to disqualify the horse in subsequent competitions. Plaintiffs claimed that application of a “once-scarred-always-scarred” rule effectively ends a horse’s career without any due process, since disqualification under the Scar Rule is not subject to challenge or review. This result, claimed Plaintiffs, can be much harsher than the penalties provided under 15 U.S.C. § 1825, which require notice and an opportunity for a hearing. In granting Plaintiffs’ motion for a preliminary injunction, the court held that the Plaintiffs had a constitutionally protected interest in showing Honors without unreasonable government interference, and enjoined Defendants from disqualifying Honors under the Scar Rule without providing Plaintiffs an adequate pre-deprivation process, including notice and the opportunity to be heard.

The second case scrutinizing the HPA’s regulatory system is Humane Society of the United States v. United States Department of Agriculture, 2020 WL 4286826 (D.C., July 27, 2020). In Humane Society, Plaintiffs brought an action for declaratory and injunctive relief, alleging various violations of the Administrative Procedure Act (APA) in connection with a proposed, but never published, HPA regulation known as the “2017 Rule.” The 2017 Rule grew out of a 2010 report issued by the USDA’s Office of the Inspector General (OIG), concluding that APHIS’ program for inspecting horses for soring was not adequate to ensure that the animals were not being abused. The report recommended that APHIS abolish the DQP program and instead provide independent, accredited veterinarians to perform inspections at sanctioned shows. In 2016, APHIS published a proposed rule that would replace the HIO-administered scheme with USDA-licensed inspectors, and prohibit certain devices, equipment, and foreign substances with no legitimate purpose other than to cause horse soring. Under the proposed rule, APHIS would train and license DQPs to inspect horses at horse shows, exhibitions, sales, and auctions for compliance with the HPA. On Jan. 11, 2017, the proposed rule was sent to the Office of Federal Register (OFR) for publication as a final rule.

However, on Jan. 20, 2017, President Trump’s chief of staff issued a memorandum directing all agencies to immediately withdraw any rule that had not yet been published in the Federal Register. Because the proposed rule had not yet been published, the USDA sent a letter to the OFR requesting that it be withdrawn from the public docket. The court granted Defendants’ motion to dismiss all the Plaintiffs’ claims, holding that Plaintiffs lacked standing since they failed to allege any injury stemming from withdrawal of the 2017 Rule; neither the APA nor the caselaw prevented agencies from withdrawing rules prior to publication in the Federal Register.

The U.S. Equestrian Federation (USEF), the sole national governing body for equestrian sport, self regulates the welfare of horses within the 11 breeds that it recognizes, as well as horses within three unrecognized breeds that participate in USEF-licensed competition. USEF’s General Rule 839 (4)(o) addresses soring in connection with Tennessee Walking Horses, Rack Horses, and Spotted Saddle Horses (breeds not recognized by USEF), and states that “[s]oring and/or the use of an action device on any limb of a Tennessee Walking Horse, Racking Horse, or Spotted Saddle Horse. . . in any class at a Federation Licensed Competition is prohibited.” The term “action device” is defined broadly and is consistent with the definition provided in the HPA. Rule General Rule 839 (4)(p) prohibits “[s]oring of any horse” and defines soring as “including but not limited to the application of caustic chemicals to a horse’s legs or hooves, in order to cause pain and/or affect a horse’s performance, and/or used as a training technique.”

Similar to the HPA’s notice and hearing provisions, USEF has a grievance procedure for athletes wishing to challenge a denial or threatened denial to participate in competition due to rule violations. While USEF’s rules do not appear to have a complementary provision to the Scar Rule, the soring prohibitions under the HPA and USEF’s regulatory scheme are intended to be complementary. USEF states on its website that it supports both the HPA and the USDA regulations designed to implement the Act’s provisions. However, one of the findings in the USDA’s 2010 OIG report discussed in Humane Society was that DQPs were reluctant to issue violations, since excluding horses from shows inconvenienced their employers, and made it less likely that they would be hired for other shows. Given the withdrawal of the 2017 Rule, detractors might criticize the HPA and USEF’s rules as allowing the horse industry to regulate itself, and as failing to prohibit certain devices, equipment, and foreign substances that have no purpose other than to cause horse soring. It remains to be seen whether the USDA will seek to resurrect some form of the 2017 Rule, and how the caselaw under the HPA will develop. 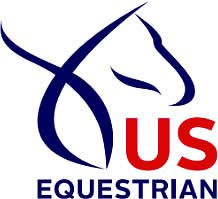 While the new rules specifically and exclusively apply to Tennessee Walking Horses and racking horses, it is important to note that all horse shows, exhibitions and auctions in the U.S. are still subject to HPA regulations, as they have been since 1970.  Historically, USDA has focused its HPA enforcement on Tennessee Walking Horse and racking horse events, so many of our members may be unaware of regulations that apply to their horses.  Specifically, Section 11.2 of the HPA regulations details certain “Prohibitions concerning exhibitors.”  Though none of the prohibitions involve practices common in USEF disciplines, we recommend that our members familiarize themselves with their responsibilities in order to avoid inadvertent non-compliance.

Lexington, Ky. – The United States Equestrian Federation (USEF) is pleased to offer its support of the Final Rule (Docket No. APHIS-2011-0009) issued today by the U.S. Department of Agriculture’s (USDA) Animal and Plant Health Inspection Service (APHIS) regarding the Horse Protection Act regulations. This rule is designed to eradicate the cruel practice of horse soring in Tennessee Walking Horses and racking horses. The USEF commends APHIS in its efforts to amend and strengthen previous regulations. While always supporting this rule, the USEF submitted a Comment during the proposed rule review period in an effort to prevent what would have resulted in redundant and overly broad regulation that would have unintended consequences for the 29 breeds and disciplines currently regulated by the USEF.

APHIS specifically recognized in the issuance of its final rule the USEF as setting “leading industry standards for equestrian sport” as part of the rationale for limiting the application of the proposed amendments to Tennessee Walking Horses and racking horses.

After an initial review of the APHIS’ final rule, the USEF applauds the strengthened requirements for Tennessee Walking Horses and racking horses. The USEF will continue to review the final rule in its entirety and will keep its membership informed.