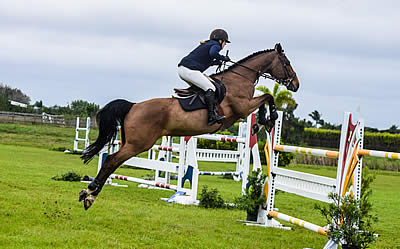 Wellington, FL (February 23, 2020) – The top three finishers in Friday’s $15,000 1.40m Turf Tour Grand Prix are a selection of the series’ superstars. Stella Manship has now has back to back Turf Tour Grand Prix victories under her belt, after winning on Valentine’s Day during Week 6 and again this week. Kim Farlinger has been placed in the top 5 of the Turf Tour Grand Prix most weeks, and Willie Tynan has won two of the last three Rising Star Classics, including Wednesday’s, and he was the 2019 Turf Tour Leading Rider. The Leading Rider standings are reflected in points earned in the Grand Prix, Rising Star, and 1.20-1.25m divisions, and these three, along with a group of top competitors biting at their heels, will continue to vie for the top spot and the top prize, a beautiful golf cart provided by Iron Horse Transit.

A rainy morning couldn’t dampen the spirits of the Turf Tour’s riders or compromise the exceptional grass footing in The Ridge at Wellington’s oversized Grand Prix field. Stella Manship and Jordan Coyle brought a few early rides to the $15,000 1.40m class, with Manship’s ride aboard Quarto Mail putting it all on the line. The sporty bay gelding left out strides to just about every jump, including the triple bar, skinny bicycle, and triple combination, with an impressive final effort between the double combination and bending line to the final oxer. Their time of 28.801 seconds in the jump-off went untouched for the rest of the class.

Kim Farlinger and the veteran Grand Prix horse Stanley Stone, owned by Sher-Al Farm, were determined to give Stella a run for her money as one of the last rides of the day. Of the 12 times already gone, only Manship’s was double clear, however, so Farlinger’s catch 22 was that a conservative, clear jump-off would guarantee her the top two finish, whereas a rail might bump her below a number of quick four fault rides. Farlinger walked the line, asking Stanley Stone for bursts of speed coupled with collection before jumping to finish on 30.928 in second place. Willie Tynan and the athletic gray mare Fenise were the fastest of the second round four fault efforts, with just one rail coming out of the triple combination and a jump-off time of 32.032 seconds.

While the Turf Tour has always seen an international clientele in its arenas, this week brought an added global element in the form of Israeli equestrian team riders and Chef d’Equipe. Daniel Bluman is a frequent visitor to the Turf Tour over the past 3 years, bringing various horses, riders, and students to enjoy the various venues. Joshua Tabor, an Israeli Team Rider for the 2014 Wellington Nations Cup, brought the young grey gelding Ostwind 59 out to show in both Wednesday’s $5,000 1.30m Rising Star Classic and Friday’s $15,000 1.40m Grand Prix. Hans Horn, Chef d’Equipe for the Israeli Team, kept a watchful eye on Tabor and Ostwind 59 as they competed at The Ridge, and said, “We had the Nations Cup last week and the 4-star next week, and have brought a few Israeli riders to the Turf Tour to exercise and prepare for even bigger shows. Joshua is based in Texas and wanted to get out on this horse, who is a little green, before going to WEF. It’s a nice steppingstone for them to ride and train.”

Another Israeli Team rider, Ashlee Bond, who has had a string of recent successes both at WEF and across the globe, represented Israel in the CSI5* Nations Cup last week and brought Belo Horizonte for a round in both the .80m in The Ridge’s sand arena and the 1.20-1.25m on the grass field. Belo Horizonte has been victorious at the CSI 2-star level. “I love how you can go show at a different location weekly [on the Turf Tour] and go into different arenas in a beautiful and relaxed environment,” said Bond. “I think it’s really important to have shows like this as it is super beneficial for horses and riders to get in the ring without pressure. It’s also good for their minds. Training in a show environment is not something you get to do often enough like in Europe and I think it’s so important.” 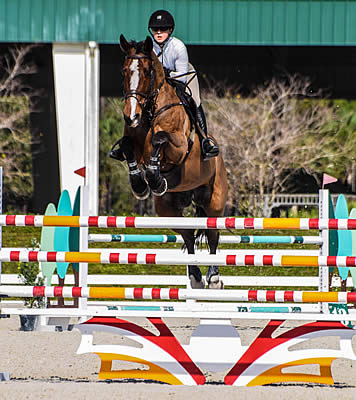 Wellington, FL (February 18, 2020) – The midway point in Florida’s winter equestrian season was marked by roses, show jumping, and hospitality on the Turf Tour. Roses were presented to each exhibitor as Week 6 wrapped on Valentine’s Day. Stella Manship and Bold Prinz took top honors in The Ridge’s $15,000 1.40m Turf Tour Grand Prix held at Jim Brandon Equestrian Center. Determined to win the Turf Tour’s Leading Rider prize, a souped up golf cart presented by Iron Horse Transit, Manship’s late-in-the-day double clear over Olympic designer Leopoldo Palacios’ course clocked in at 32.160 for the win. Turf Tour Weeks 7 & 8 will both be held at The Ridge’s home farm on a newly expanded turf Grand Prix field, before returning to Black Watch and To-Kalon Farms for the remaining weeks and season Finale. 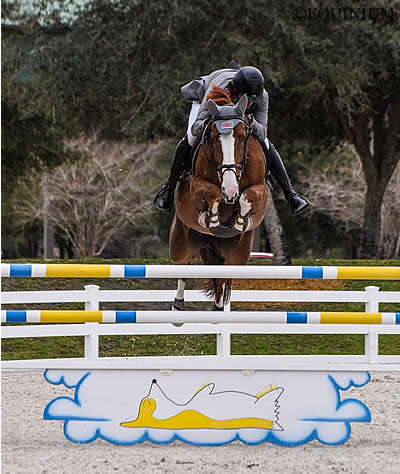