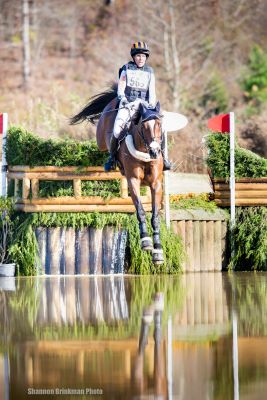 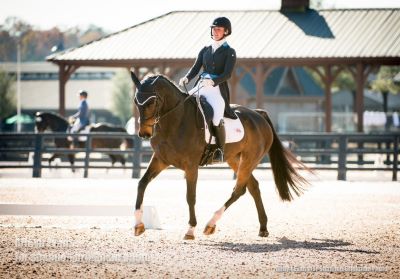 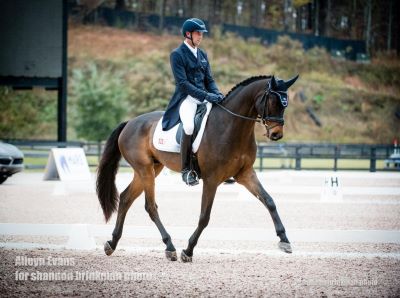 Mill Spring, NC – November 12, 2020 – The CCI 3*-L Division of the MARS Tryon International Three-Day Event was the only FEI division to see all competitors down centerline at Tryon International Equestrian Center and Resort (TIEC), with Will Coleman (USA) and Chin Tonic HS scoring a 25.70 to lead the division heading into Saturday’s Cross-Country phase. Just behind with a score of 25.90, Boyd Martin (USA) and Contessa, the 2009 Holsteiner mare (Contender x Esteban) owned by Club Contessa, hold second, while third place currently rests with Jonathan Holling (USA) and Prophet, the 2012 Trakehner gelding (Tatendrang x Pennant) owned in partnership with Chuck McGrath, on a score of 26.90.

Coleman and the 2012 Holsteiner gelding (Chin Champ x Quinar) owned by Hyperion Stud LLC recently topped the Open Intermediate Division at TIEC’s Blue Ridge Mountain Horse Trials presented by EquiSafe Global, and are looking to repeat their win in the CCI 3*-L Division. Due to schedule changes after significant rain saturated the White Oak Cross Country-Course, Coleman and the CCI 3*-L competitors will have an off day before challenging the Captain Mark Phillips course design on Saturday.

Coleman reported that their flatwork was hindered by a few bobbles, but not enough to knock them from the top position. “My horse is very talented, especially on the flat, and I think he carried me a bit today. We had some really, really good work in the test, and then we had a few moments where we had trouble. I forgot my test at one spot, which is sort of inexcusable, but does happen,” Coleman admitted, “and we had a little spook in another place. Other than that, I thought he performed well. He’s a lovely horse, and I’m just lucky to have him.”

Sara Kozumplik Murphy (USA) and Otta B Quality, the 2003 Dutch Warmblood gelding owned by Edith Rameika, currently lead the Guardian Horse Bedding CCI 2*-L Division on a score of 25.20 with 15 pairs still to show in Dressage on Friday. In second, Tik Maynard (CAN) and Richard Maynard’s Galileo, the 2011 Dutch Warmblood gelding, hold a score of 26.10, while third currently belongs to Kelly Prather (USA) and Catch Me Cooley, the 2012 Irish Sport Horse gelding (Clover Brigade x Loughnavatta Sabrina) owned in partnership with Cooley Farm, on a score of 26.90.

Murphy has been partnered with Otta B Quality since he was three years old, and called him a “really lovely horse” who “did everything he knows how to do” in Dressage to claim the tentative lead. “He was very well behaved, and did his best job, so I was thrilled with him today. He did the best test he could do for where he is, and he’s well-prepared to be here.”

Marilyn Little (USA) and RF Scandalous, the 2005 Oldenburg mare (Carry Gold x Lario) owned by Michael and Phoebe Manders along with Jacqueline Mars, produced a comfortable lead after the first half of Dressage to kick off the BUCKEYE™ Nutrition USEF Eventing CCI 4*-L National Championship, scoring 21.50. Doug Payne (USA) and Starr Witness, the 2011 Dutch Warmblood mare (Chello III VDL x Veneur) owned in partnership with Laurie McRee and Catherine Winter, sit in second with a 26.60, while Boyd Martin (USA) holds third with On Cue, the 2006 Anglo-European mare (Cabri D’elle x Primitive Rising) owned in partnership with Christine, Thomas, and Tommie Turner. The remaining 39 entries in the BUCKEYE Nutrition CCI 4*-L Division will ride down centerline starting at 8:00am EST on Friday, November 13.