UK Veterinarians Present Way to Identify Horses That Should Rest, Not Race 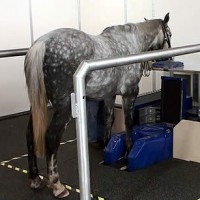 October 15, 2012 — Veterinary experts gathered in Chicago to consider how standing MRI can help diagnose and prevent potentially catastrophic injuries in racehorses. It’s a subject of keen interest in the United States racing industry, which has been under fire in recent months by mainstream media outlets.

The meeting was hosted by Hallmarq Veterinary Imaging, originator of the standing MRI system. As Dr. Dan Brown, business development director for Hallmarq, explained, “The demands of regular training and racing create stress in the bones of racehorses. Some horses respond with increasing strength and speed, others react differently and develop changes which, if undetected, can result in permanent injury, or even fracture, of bones in the fetlock (ankle). As a UK-headquartered company, we’ve worked extensively with UK racehorse veterinarians to establish protocols to accurately identify horses at risk of these injuries, so they may be rested and returned healthy to racing.”

END_OF_DOCUMENT_TOKEN_TO_BE_REPLACED

Q-Racing Journal, October 9, 2012 – The American Quarter Horse Association today has announced that it is taking action regarding 11 trainers who were recently suspended by the Louisiana Racing Commission and the Zia Park Board of Stewards (New Mexico) as a result of horses testing positive for Class I drugs.

END_OF_DOCUMENT_TOKEN_TO_BE_REPLACED

GEORGETOWN, KY — SEPTEMBER 29, 2012 — Sarava, winner of the 2002 Belmont Stakes, has been retired to Old Friends, the Thoroughbred Retirement Center in Georgetown, KY.

Co-owners Gary Drake of Louisville and Paul and Susan Roy of Great Britain donated the 13-year-old stallion to the organization.

Sarava arrived at Old Friends early this morning from the Appleton family’s Bridlewood Farm near Ocala, FL, where he has stood stud since 2010.

Bred in Kentucky by Bill Entenmann’s Timber Bay Farms, Sarava was sired by 1984 Breeders’ Cup Classic winner Wild Again and is out of the Deputy Minister mare Rhythm of Life. He career boasted three wins from 17 starts and earnings of $773,832.

END_OF_DOCUMENT_TOKEN_TO_BE_REPLACED

A homebred for owner Sanford Bacon, Dancin’ Renee is the New York-bred daughter of Distinctive Pro out of three-time New York Broodmare of the Year Lolli Lucka Lolli.

For three seasons, Renee had a stellar career on the track, with 14 wins from 21 starts. In her banner year, 1997, she claimed seven consecutive victories, including the GR3 Honorable Miss at Saratoga, the Broadway Handicap at Aqueduct, and the Monmouth Park Regret Stakes, which was her final start. Her earnings totaled $490,258.

For her efforts in ‘97, Dancin’ Renee was crowned New York Horse of the Year as well as Champion Sprinter and Champion Older Female by the New York Thoroughbred Breeders, Inc.

END_OF_DOCUMENT_TOKEN_TO_BE_REPLACED

Loxahatchee, FL (September 10, 2012) – Florida Trac is a rescue organization dedicated to caring for Florida thoroughbred horses that are no longer able to race. Many of these horses have sustained injuries or acquired medical or even surgical problems that are crippling and/or life-threatening and expensive to treat. Once Florida Trac makes the commitment to care for these horses, they are fed, cared for and given veterinary care on par with privately owned horses anywhere. This care can at times be elaborate and can run into considerable cost. On a number of occasions, such care has been life-saving. Reid & Associates Equine Clinic in Loxahatchee, Florida has provided some of this care for many of these horses. Unfortunately a large number of rescues were made simultaneously with the occurrence of a number of serious illnesses in horses already committed to by Florida Trac and/or Reid & Associates. Consequently, it is possible that Florida Trac will be unable to meet its financial obligations to Reid & Associates in a timely fashion. This has compromised our ability to respond to existing and future urgent medical needs. Any financial contributions to help alleviate this situation would be most appreciated.

END_OF_DOCUMENT_TOKEN_TO_BE_REPLACED

Everyone knows that in horse racing, the chances of getting a great thoroughbred more often than not depends upon great bloodlines. Well, if you believe that, then there’s a new little filly that just might make some headlines. The filly was born on Independence Day at New Swan Farm and is the granddaughter of Seattle Slew and Smile.

Named Independence Slew, owner Penny Morrell feels she has all of the makings of a great racing prospect.  Seattle Slew won 14 Races with earnings of $1,208.726. He was also the only undefeated Triple Crown Winner and is the sire of more than 100 stakes winners.  Smile won over 1.6 million and won the Grade 3 Fairmount Park Derby setting a new track record for 9 furlongs. He had 14 wins.  Smarty Jones is out of one of Smile’s daughters. He won the Kentucky Derby and Preakness Stakes.  Smile’s sire is “In Reality” he remains one of the only male lines of Man of War.  “She has it all; I can’t wait to see where she will go,” states Morrell.

END_OF_DOCUMENT_TOKEN_TO_BE_REPLACED

Zippy Chippy, racing’s biggest loser, will be spending the summer at Old Friends, the Thoroughbred retirement center in Georgetown, KY. He is on loan from the organization’s satellite facility in Greenfield Center, N.Y.: Old Friends at Cabin Creek: The Bobby Frankel Division.

Zippy arrived in Georgetown (along with his best buddy, Red Down South) courtesy of Salle Vans on Friday July 13 and will be staying through August.  The now 21-year-old gelding is best known for losing 100 consecutive races.

The horses are part of an Old Friends exchange that sent two-time Whitney Handicap winner Commentator to New York and brought Zippy to Kentucky.

END_OF_DOCUMENT_TOKEN_TO_BE_REPLACED

“The American Quarter Horse Association firmly believes racing must be fair and clean for all involved,” said American Quarter Horse Association Executive Vice President Don Treadway Jr. “We also know that recent events are not representative of the actions of tens of thousands of our members, owners and trainers. We continue to work to develop more uniformity within the industry and to further deter the few who seek to cheat.”

AQHA Statement on Medication Use

The American Quarter Horse Association continues its longstanding support of the racing industry and its horsemen. This includes racing that is clean, fair and provides a great experience for the horse, jockey, owner and fan base. AQHA continuously works to ensure not only the integrity and welfare of American Quarter Horses, but also the integrity and welfare of the entire horse industry.

END_OF_DOCUMENT_TOKEN_TO_BE_REPLACED 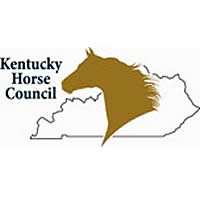 An increase in the number of fatal racing injuries in May led Kentucky regulatory veterinarians to devise ways to better identify at-risk horses.

According to statistics compiled by Kentucky Horse Racing Commission equine medical director Dr. Mary Scollay, there were six catastrophic breakdowns at Churchill Downs in May. There were only three from January through April at Turfway Park and Keeneland.

The vets had a meeting to strategize and now “provide deeper scrutiny” of horses when they are entered, including studying past performances, Scollay said. Since the protocol was established in early June, there have been no fatal breakdowns, she said.

END_OF_DOCUMENT_TOKEN_TO_BE_REPLACED

Hall of Fame trainer Shug McGaughey, who captured the ’89 Belmont with Easy Goer, will join a full field of eight prognosticators who will chime in on I’ll Have Another’s Triple Crown chances at Gallagher’s Steak House on Thursday night at 6:30 PM. Sirius Radio’s Dave Johnson will serve as Master of Ceremonies for the 12th annual Belmont “Steaks” Seminar, and WFAN Radio/SNY television personality Marc Malusis, Daily Racing Form’s Mike Watchmaker, Gene Menez of Sports Illustrated, John DaSilva of the New York Post, Jerry Bossert of the New York Daily News, vegasinsider.com‘s Anthony Stabile, and a red hot “Gallagher’s Guru, ” New York PR exec John Cirillo, who has picked the first two legs of the crown, will all give their predictions. The three-course steak dinner is priced at $105, and includes DRF Belmont entries, a complimentary glass of wine, and a gift I’ll Have Another poster courtesy of TVG. For reservations call 212.245.5336. Gallagher’s is located at 228 West 52nd Street.