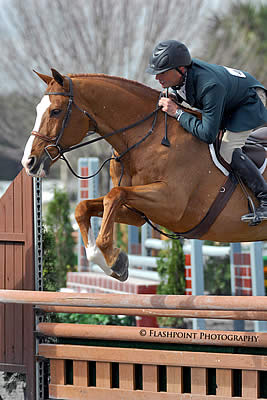 As the Jacksonville Winter Series drew to a close and the north and west US were covered in inches of snow, exhibitors are trainers were again reminded why they migrate south for the winter: the Southern Hospitality and Florida Sunshine!  Jennifer Berol Bliss, who hails from North Salem, NY, said, “I am based in Wellington for the winter, but I think that the horses benefit from a little change of scenery. The whole management team at Jacksonville works hard to make the shows very fun and exhibitor friendly. They also offer lots of fun classes, from the WCHR week to the USHJA National Hunter Classics and International Hunter Derbies.”

Jacksonville is honored to have been again chosen to be a World Champion Hunter Rider Member Event. The WCHR Program was founded in 1995 to recognize and celebrate the hunter rider. Professionals, Developing Professionals, Amateur Owners, Adult Amateurs, Juniors, Children’s and Pony riders compete to qualify for National and Regional Awards by earning points at Member Events held across the country throughout the qualifying year. Each year the top ten nationally ranked riders and top six regionally ranked riders in each category come together to compete in the WCHR Finals at the Capital Challenge Horse Show in Upper Marlboro, MD.

Each week of the 3 week long series featured a $2,500 National Hunter Derby sponsored by Jerry Parks Insurance Group, Hunter Division Classics, and Children’s/Adult Jumper & AO Jumper Classics.  Week 2 offered a $25,000 USHJA International Hunter Derby sponsored by Glen Kernan Golf & Country Club & Week 3 features a $10,000 Children’s/Adult Jumper Classic & a $10,000 Open Jumper Classic.  Week 3 of the circuit was honored to have been chosen to host a Zone Handy Hunter Challenge, especially during the Inaugural season for these classes.  Exhibitors in their home Zone enter this one round Handy Class, free of charge, and compete over option jumps for the $1,000 purse, which is sponsored by USHJA.  The Southern Hospitality is certainly not lost in this series, as Spectators and Exhibitors alike can enjoy dinner and drinks in the heated VIP tent each week while watching the week’s highlighted event.  Adequan and Mandarin Equine Veterinary Services generously sponsored lunch Pizza Parties under the Pavilion so exhibitors, trainers and spectators could grab a quick bite to eat while they were up at the ring preparing to show.  Amanda Steege of Bedinster, New Jersey shared her sentiments about Jacksonville:  “At Ashmeadow Farm we really love starting off our winter circuit at the Jacksonville horse shows. They have nice footing, pretty jumps and nice courses, and a great staff. They make an effort for the hunters by hosting a WCHR show, an International USHJA hunter derby, as well as weekly national derbies and pre green incentive classes.  It is a great area with nice hotels and some unbelievable restaurants… we will definitely be back in 2015.”

Congratulations to Our Classic Winners:

A special Congratulations to the $1,000 USHJA 3′ Handy Hunter Classic Winner – Gibralter ridden by Alexis Newman and owned by Laine Foshee.

A special Congratulations to the $1,000 USHJA 3′ 6″ Handy Hunter Classic Winner – Romanov ridden by Isabel Noto and owned by Janine Pappas.

The 2013 Jacksonville Winter Series has drawn to a close for 2013. The three week long circuit was marked by sunshine, beautiful weather, hospitality and a relaxed atmosphere. Each week featured a $2,500 Welcome Jumper Class, and the first two weeks offered a $10,000 Mini Prix, which lead up to Week Three’s finale, the $25,000 Green Cove Springs Grand Prix. Hugh Graham, aboard Kingridge Stables owned Distant Star 3E, bested the exciting class where many well-known riders, such as Aaron Vale, Hayley Waters and David Jennings, competing for top honors over a Tim Hott designed course.

END_OF_DOCUMENT_TOKEN_TO_BE_REPLACED

The 2013 Jacksonville Winter Series has drawn to a close for 2013.  The three week long circuit was marked by sunshine, beautiful weather, hospitality and a relaxed atmosphere.  Each week featured a $2,500 Welcome Jumper Class, and the first two weeks offered a $10,000 Mini Prix, which lead up to Week Three’s finale, the $25,000 Green Cove Springs Grand Prix.  Hugh Graham, aboard Kingridge Stables owned Distant Star 3E, bested the exciting class where many well-known riders, such as Aaron Vale, Hayley Waters and David Jennings, competed for top honors over a Tim Hott designed course.

END_OF_DOCUMENT_TOKEN_TO_BE_REPLACED

We had a thrilling Week 2 of the Jacksonville Winter Series, featuring World Champion Hunter Rider Week!  Congratulations to all Week 2 Champions:

END_OF_DOCUMENT_TOKEN_TO_BE_REPLACED

Week 1 of the Jacksonville Winter Series was a tremendous success.  The weather was nothing short of perfect and exhibitors enjoyed a spectacular week of horse showing!  Congratulations to all Week 1 Champions:

END_OF_DOCUMENT_TOKEN_TO_BE_REPLACED

Thank you to everyone who attended the NFHJA 2012 Year End Banquet.  We enjoyed wonderful food, atmosphere and camaraderie as NFHJA 2012 Year End Awards recipients were recognized and congratulated.  A special congratulations goes out to our Child and Adult Sportsmanship Awards recipients Lauren LeMasters & Peggy Fuller.  This is a notable accomplishment as they were chosen by their peers.

Week 1 of the Jacksonville Winter Series is about to kick off on Jan. 16th!  We are looking forward to seeing familiar faces and new friends.  Week 1 hospitality includes a reception in conjunction with the Welcome Class on Thursday night, courtesy of Mooseknuckles Sandwiches, our new concession vendor!  Please make plans to attend.

Please also note that a Model class will be added to all Pony & Green Pony hunter divisions, so get in your extra practice in Jax!

Feel free to email or call with any questions or for additional information. 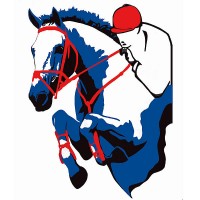 Christmas & New Years have flown by and the Winter Series will be here in just a couple short weeks.  Keep in mind that stalls are limited so please get your stall counts and entries in as soon as possible!

NFHJA is thrilled that Equestrian Game Tape will be with us Week 3 to provide video services.  You can check out their work at equestriangametape.com.

A limited number of tables will be available for purchase Week 3.  Tables will seat 10 and dinner and cocktail service will be provided on both Friday and Saturday evenings as you watch the $25,000 International Hunter Derby and $25,000 Grand Prix in comfort & style.  Please reserve your table now by emailing alexisgnewman@gmail.com.  The cost is $350 per table.

END_OF_DOCUMENT_TOKEN_TO_BE_REPLACED

The Jacksonville Winter Series is thrilled to announce our OFFICIAL ENTRY PARTNER, Equestrian Connect.  Online entry has never been so easy.  This streamlined process will save you valuable time and money as your information is stored for later use, in addition to saving money on expensive postage costs!  This exciting service is FREE for a trial period.  Once you try it you will be hooked!  Check out the Website at: https://www.equestrianconnect.com (Zone 4).

PRE-PAID are eligible for a discount, so get your entries and stall money in early!  Pre-Payment can be done via check or credit card by mailing entries or via Equestrian Connect.

The VIP Tent will be back this year.  The NFHJA is thrilled to offer hospitality in it all three weeks!  Weeks 1 & 2 will host complimentary parties.  A limited number of tables will be available for purchase Week 3.  Tables will seat 10 and dinner and cocktail service will be provided on both Friday and Saturday evenings as you watch the $25,000 International Hunter Derby and $25,000 Grand Prix in comfort & style.  Please reserve your table now by emailing Alexis Newman at alexisgnewman@gmail.com.  The cost is $350 per table.

END_OF_DOCUMENT_TOKEN_TO_BE_REPLACED

Hi Exhibitors!
We have a few stalls left for the North Florida Labor Day Show.  This is a great show to qualify at and to get those last minute Medal Points.  Late entry fees will be waived and day stalls will be available for $50/day!  WE WOULD LOVE TO HAVE YOU HERE!

The weather forecast for the weekend looks good and the footing looks better!

Entries can be submitted online, or printed and mailed with payment as usual.

For a demo or to create entries, go to http://www.equestrianconnect.com.

For more information on the horse show, go to www.nfhja.com.

We hope to see soon!
NFHJA

We are 1 week away from the North Florida Labor Day Show and today is the closing date for entries.  Entries are accepted after the closing date, but we do ask that you get in your stall count and entries in as soon as possible.

Those of you in Florida know that we have been experiencing record amounts of rain and we have had some concerns in regards to the footing.  Please do not be worried, as proper precautions have been made and the footing will be prepared accordingly, so please expect it to be in tip top shape.  The weather forecast this weekend is surprisingly dry and the sun is actually shining right now!