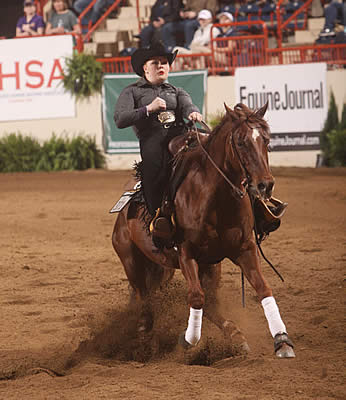 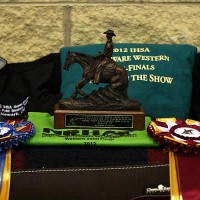 END_OF_DOCUMENT_TOKEN_TO_BE_REPLACED

St. Louis, MO (February 28, 2011) – Shawn Flarida, an Arenus Ambassador and the first rider in history to become the National Reining Horse Association’s (NRHA) Four Million Dollar Rider, recently took to the airwaves on the Horse Radio Network’s “Horses In The Morning” radio show. Flarida spoke with hosts Glenn the Geek and Jamie Jennings from his farm in Springfield, Ohio.

During the radio show, Glenn the Geek congratulated Flarida on the recent news that Flarida will be inducted into the NRHA Hall of Fame. “It’s such an honor,” Flarida said, “My peers are there, as well as my brother, and I have always wanted to be there with them.”

END_OF_DOCUMENT_TOKEN_TO_BE_REPLACED

St. Louis, MO (February 8, 2011) – Arenus, a premier provider of innovative health and nutritional products for pets and horses, is pleased to announce that Shawn Flarida, an Arenus Ambassador, is the first rider in history to become the National Reining Horse Association’s (NRHA) Four Million Dollar Rider. The NRHA has reported that Flarida’s earnings are $4,023,885.

“We are so excited for Shawn and couldn’t be prouder,” said Arenus Business Manager Simone Pophal, DVM, Ph.D. “Shawn reached the four million dollar mark during the 2010 NRHA Futurity in Oklahoma.”

END_OF_DOCUMENT_TOKEN_TO_BE_REPLACED

St. Louis, MO (February 2, 2011) – Reining champion Shawn Flarida has added another win to his long and impressive resume, riding away with the 2010 National Reining Horse Rider of the Year title. Sponsored by Arenus, a premier provider of innovative health and nutritional products for pets and horses, in conjunction with the National Reining Horse Association (NRHA), Flarida won the Rider of the Year title with RC Fancy Step, owned by the Plummer Family of SDP Buffalo Ranch in Fort Worth, Texas.

“We are really proud of Shawn for winning the title and it couldn’t have happened to a nicer person or to a rider who is more committed to the sport of reining,” said Brady Karren, Arenus Equine Sales Specialist/Nutritionist. “Shawn has been supporting Arenus for a long time and serves as an Arenus Ambassador because he believes in our products. Arenus wants to congratulate all the Rider of the Year winners. Everyone put in a great amount of effort and dedication and Arenus is once again pleased to sponsor the Rider of the Year award.”