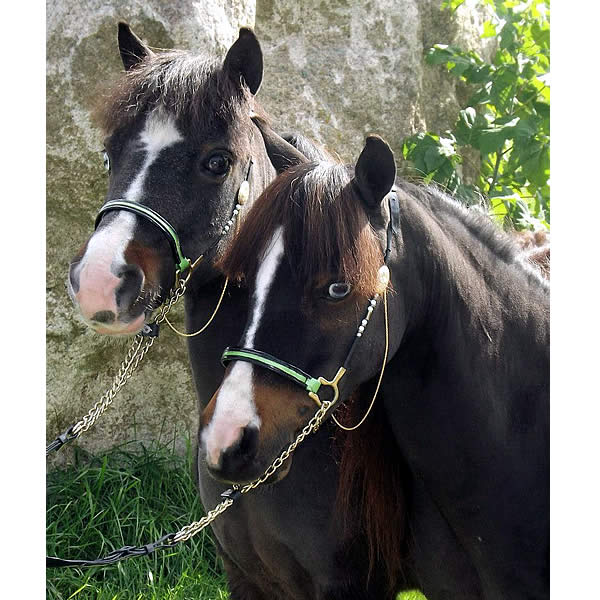 Barnes and Noble will join author Tami Hoag at her book signing this Friday night at 7 PM at Barnes & Noble in Wellington, Florida. (Photo courtesy of JRPR)

Wellington, FL (June 19, 2013) – While mystery writer Tami Hoag debuts her most recent book, two very unique miniature horses will also be making their debut at their namesake store: Barnes & Noble Booksellers.  Both of the miniature horses, aptly named Barnes and Noble, will be celebrating the release of Hoag’s much anticipated thriller, The 9th Girl, at 7pm on June 21, 2013 at the Barnes & Noble in Wellington, Florida located at 10500 West Forest Hill Boulevard.  Fans of Hoag and her writing will get a rare opportunity to hear about the inspiration and development of Hoag’s characters and story lines, as well as see the miniature horses, who are brothers and as identical as bookends.

The 9th Girl opens on a frigid New Year’s Eve in Minneapolis, when a young woman’s brutalized body falls from the trunk of a car into the path of oncoming traffic. Questions as to whether she was alive or dead when she hit the icy pavement result in her macabre nickname, Zombie Doe.  Unidentifiable, she is the ninth nameless female victim of the year, and homicide detectives Sam Kovac and Nikki Liska are charged with not only finding out who Zombie Doe is, but who in her life hated her enough to destroy her.

Uncover the mystery behind great mystery story-writing, and see a matched pair of minatures, as Barnes & Noble hosts the author and avid dressage rider just as The 9th Girl is released worldwide.  Hoag’s fans know she is devoted to her own dressage horses, and began her writing and riding career at age nine with a self-published, self-illustrated third-grade ‘bestseller,’ Black Pony, about two children sharing a pony named Smoky.

With fifteen consecutive Times bestsellers, including Deeper Than the Dead, Secrets to the Grave, and Prior Bad Acts, Hoag has more than 35 million books in print, published in more than 20 languages. Her first thriller, Night Sins, was made into a mini-series in 1997, and continues to air on cable networks.

Larry Parnell, the President of the Board of ASPC/AMHR, kicked off the show by sharing the good news that children and adults of all ages love Shetland Ponies and Miniature Horses. Parnell, who is a trainer and competitor of small equines, explained that Shetlands and minis are very well rounded and versatile. Small equine breeds not only make good family pets, but are also serious competitors that compete in halter, jumping, driving, costume and youth classes on the national level.

END_OF_DOCUMENT_TOKEN_TO_BE_REPLACED

Ontario, Canada (August 9, 2010) – Alexis Close may only be seven years old, but she has big dreams when it comes to her American Miniature Horses. Alexis, who was born with a heart defect and had a heart transplant when she was only 16 months old, asked the Make-A-Wish Foundation and The Hospital for Sick Children in Toronto for a trip to the 2010 annual American Miniature Horse Registry (AMHR) National Championship Show in Tulsa, Oklahoma.

“Her doctors and the transplant team keep asking her if she wanted to go to Disney World, but she doesn’t want to do that. Her dream is to go to the Nationals with her minis,” said Tammy Close, Alexis’s mom. “We have never been to the Nationals but I can see Alexis making it a yearly adventure with a trailer full of minis.”