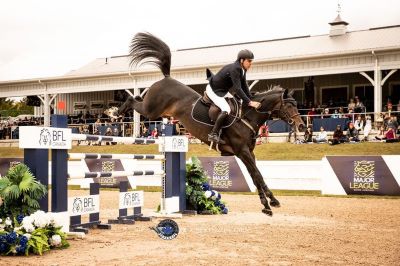 Lambre recently made a change to once again ride for his birth country. He stood at the highest point on the podium three times while the Brazilian national anthem played during his visit to Caledon Equestrian Center in Palgrave, ON this week.