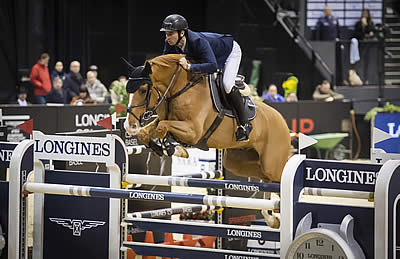 The 37-year-old, who topped the leaderboard throughout 2019, had slipped back one place last month below compatriot Martin Fuchs. Guerdat, is now back at the top of the elite list with 3,497 points after claiming victory with Victorio des Frotards in a spectacular win on home turf in Basel (SUI) in mid-January. He is 74 points ahead of Fuchs (SUI) who now sits in second place on 3,423 points.

Guerdat, who also leads the Longines FEI World Cup™ standings, has another major victory in his sights as he looks ahead to the Finals in Las Vegas (USA) in April. As a three-time winner and defending champion, another success will put him in the history books as the first athlete to claim a fourth win since FEI World Cup™ Jumping began back in 1978.