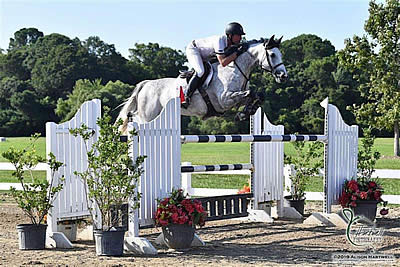 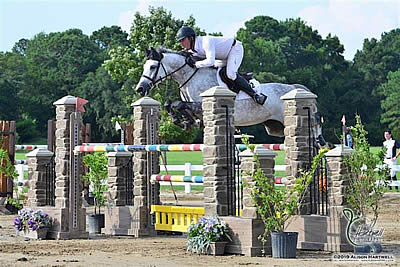 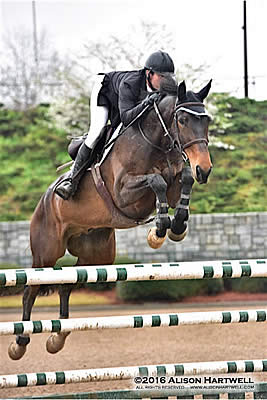 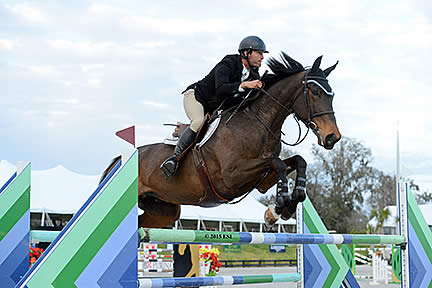 Killam topped a field of 32 with several riders showing on multiple horses. Ten moved on to the jump-off. Andre Thieme, of Germany, was the first to attempt the short course and set the Great American Time to Beat at 32.102 riding Seth Vallhonrat’s Cellisto. Their performance would hold up for second place. Killam went fifth in the jump-off and cleared the course in 31.098 to take a commanding lead, while Dorothy Douglas, from Flower Mound, Texas, riding S & L Farms’ S & L Elite, went sixth with another clear in 32.285 to fit in behind Killam and Thieme for third.

Killam said of his ride, “I was happy for my horse tonight. I had the fastest time in Sunday’s Grand Prix but I let my horse down by pulling on the reins [which perhaps led to his four faults in that jump-off]. This time I went forward. The turnback to the green oxer was hard for me but the last line rode well. The course was straight forward for the first time showing under the lights.”

Second-place winner Thieme was happy for Cellisto’s owner Vallhonrat and praised his horse. “He is a championship horse. I am so happy for my friend Seth.”

The lights Thursday night in the Ocala Horse Properties Stadium lit up Brazilian course designer Anderson Lima’s 15-effort Grand Prix. Before the class, Lima described his course, saying, “It’s a long course, but they have plenty of places they can go to cut the time. There are no tricks. I would like to have about ten clean.” He got exactly what he wanted as ten advanced to the jump-off.

“Anderson Lima is my favorite course designer,” VanderVeen said. “He’s built a little in Colorado where I’m from and I’ve always enjoyed his courses.”

Lexi Reed and her new mount Afandina took charge in the Ocala Horse Properties Stadium on Wednesday afternoon. Anderson Lima also designed this course of 13 efforts set at 1.40 meters. Seven horses moved on to the jump-off.

Thaisa Erwin from Middleburg, Virginia, riding Wild Card, owned by Hollberg Equestrian of Ocala, was first to contest the jump-off. She completed the eight effort final course without a fault in a trim 41.490 seconds. The lead changed hands with the next rider on course, David Jennings from Franklin, Tennessee, riding Full Circle Farm’s Blue Moon, who shaved almost a full second off of Erwin’s time, finishing in 40.565 seconds. The lead changed for the final time when Afandina and Lexi Reed from Beaver Falls, Pennsylvania, flew around the course in 38.185. Four more made the attempt. Only the combination of Via Dolorosa and Derek Petersen from Archer, Florida managed to beat the time but had a rail down to finish fourth in 37.886 seconds.

Reed said of her ride, “Today was very exciting for me! This is a new horse that is just 8 this year and he has only been in America five weeks. I was double-clear but slow on him all three days last week, so today I decided to kick it up a notch and it paid off. I think we will try the Friday prix this week and try our luck there. So far it has been a great circuit and I am very much looking forward to what the last couple of weeks have in store!”