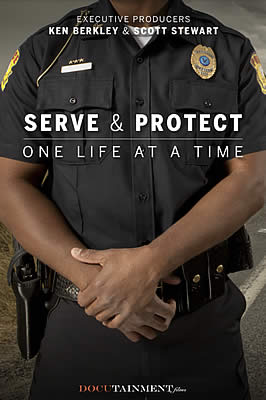 Wellington, Fla. – April 3, 2019 – Ken Berkley & Scott Stewart of River’s Edge Farm are executive producers of a new documentary with HARRY & SNOWMAN and LIFE IN THE DOGHOUSE filmmaker, Ron Davis. The film, TO SERVE & PROTECT, will chronicle a paradigm shift in efforts by law enforcement through the Police Assisted Addiction Recovery Initiative (PAARI) to combat the national opioid epidemic in their local communities.

“We were inspired by what PAARI is doing so we decided that this program needed national attention,” said Berkley.  Filmmaker Ron Davis had just completed LIFE IN THE DOGHOUSE, about equestrians Danny Robertshaw and Ron Danta. “I was eager to sign on to this project,” said Davis. “This film will be about a solution to the growing opioid epidemic.”

Berkley, Stewart, and Davis intend to raise $1 million through tax-deductible donations to produce the film. “This is a crisis that has touched everyone in some way and incarceration is not working. Treatment is the only answer,” said Stewart.

The producing team is hopeful that people will not only donate, but can interest friends, family, and organizations to contribute.

For more information on the film: SERVE & PROTECT

To make an online donation: DONATION

The second week of the FTI WEF runs through Sunday, January 22, and is sponsored by Wellington Equestrian Realty. The 2012 FTI Winter Equestrian Festival has 12 weeks of competition that conclude on April 1, 2012, and they will be awarding more than $6 million in prize money through the circuit. The highlight jumper class in week two is the $50,000 Wellington Equestrian Realty Grand Prix, CSI 2* on Saturday, January 21, at 7 p.m.

END_OF_DOCUMENT_TOKEN_TO_BE_REPLACED

No surprise as a qualifier for Friday night’s classic, four-time WCHR Professional Champion Scott Stewart earned multiple championship awards today with his string of talented horses. Stewart dominated the First Year Green Hunter division, earning the championship aboard Inclusive and the reserve championship aboard Reality, owned by Krista Weisman. Inclusive, an eight-year-old Warmblood gelding, finished first in both classes over fences today and earned first and second place ribbons on Wednesday. Reality, an eight-year-old Mecklenberg stallion by D’Olympic, earned second in both classes today and placed third on Wednesday.

Stewart first rode Inclusive to victory in the Future Hunter division at the 2010 Capital Challenge Horse Show this past fall and expects great things from the horse this year. Along with showing in the First Years with Stewart, Inclusive also competes in the Large Junior Hunter 15 and Under division with rider Victoria Colvin and has earned championship honors with both riders.