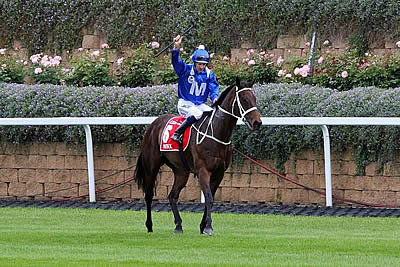 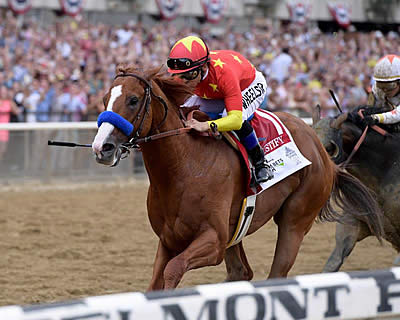 Gilbert, AZ – June 14, 2018 – American Equus rode into history with longtime sponsored rider Mike Smith as he and Justify swept the 150th Belmont Stakes on Saturday, making them only the 13th horse and rider pair to win the coveted Triple Crown. A crowd of 90,000 cheering fans, as well as millions of television viewers hoping to see a repeat of American Pharaoh’s historic 2015, went wild as the pair broke from the gate and led the entire field around the historic Belmont Park. American Equus is proud to have carried Smith on his journey with Justify to win the triple crown and solidify his place in horse racing history.

“If you had asked me two years ago, when I founded American Equus, if we would have not only won the richest single race in horseracing, but also the Triple Crown, I would have said ‘absolutely not’,” commented David Shano, Founder of American Equus. “Working with Mike [Smith] has been one of the most rewarding experiences in my career. American Equus is honored by his support of company, unwavering belief in our irons, and to have helped him effectively ride this incredible horse to the biggest victory in his incredible career.”

From his very first race, Justify has been nothing short of incredible. The chestnut stallion, owned by China Horse Club, WinStar Farm, and SF Racing, and trained by Bob Baffert, completed the mile and a half on a fast track in 2 minutes 28.18 seconds and became the second undefeated Triple Crown winner, since with Seattle Slew in 1977. Justify has handily won six straight G1 races since beginning his competitive career only four months ago.

“The Kentucky Derby and the Belmont Stakes were certainly less than ideal conditions to race in,” said Smith. “In the Preakness especially, Justify jumped the tracks a couple of times and my foot never slipped. The American Equus irons keep my ride smooth and solid and almost like I am standing on the ground. They definitely make all the difference.”

“Big Money Mike” Smith is considered one of the most successful and influential riders in the sport, with over 5,300 victories and total purse earnings topping $312,243,585. He has held a place in the National Museum of Racing and Hall of Fame since 2003 and has secured wins in two Derby’s, two Preakness’s, two Belmont’s and a record 26-Breeders’ Cup races, as well as the Pegasus Cup, and Dubai World Cup.  At an unbelievable 52 years old, Smith now has the distinction of becoming the oldest jockey to win the Triple Crown.

“American Equus is looking forward to many more races with Mike and continuing our relationship of success for many years to come. For as long as Mike wants to race, American Equus will be there to make sure he is as safe and competitive as possible,” commented Shano. 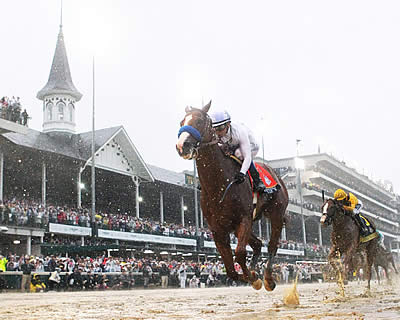 Justify produced an outstanding performance to win the Kentucky Derby, delivering on the pre-race expectations to triumph at the event. The bay colt was considered the favourite for the meet, although there was perceived threat of a challenge from the emergence of Aidan O’Brien’s Mendelssohn. However, O’Brien’s charge endured a miserable time at the Churchill Downs as Justify confirmed his dominance of the field, securing the victory ahead of Good Magic by two-and-a-half lengths. It was Bob Baffert’s fifth triumph in the Derby, leaving him just one behind Ben A Jones at the top of the all-time list.

Justify has the talent to build on his success, boasting similar qualities to that of Baffert’s previous victor at the Derby – American Pharoah. The horse would win the Triple Crown, adding further victories at the Preakness Stakes and Breeders’ Cup Classic. The three-year-old’s performance has seen him installed as the leading contender for the next race of the trilogy – the Preakness Stakes. As a result, he does not have great value in the betting odds, although given the dominance of his performance at the Churchill Downs, the bookies will be confident in their assertions.

However, given the difficulty of achieving the Triple Crown, it could be worth considering an outsider for the crown. In recent years, both California Chrome and I’ll Have Another have won two of the events but, ultimately, fell short of etching their place in history. Justify may have the quality to rise to the occasion on the two race days, but it could be worth considering another horse for the Preakness Stakes such as Good Magic. He does have a victory at the Sentient Jet Breeders’ Cup Juvenile, defeating Solomini and Bolt D’Oro. Good Magic could be worth backing with a free bet at 7/2, with https://freebets.uk/ offering a variety of sign-up offers, including with Bet365 to get up to £100 in free credits.

Baffert’s charge has known nothing other than victory and is rightly the leading contender for the Preakness Stakes. He has four races under his belt in his limited career, becoming the first horse since 1882 to win the Kentucky Derby having not competed as a two-year-old since 1882. Justify has won four of his meets by comfortable margins. In his final outing before the Derby he put a marker down against one of his rivals for the crown, defeating Bolt D’Oro by three lengths.

One of the criticisms levied at Justify ahead of the Derby was his lack of action away from Santa Anita. Conditions were tricky due to heavy rainfall at the Churchill Downs, but Mike E Smith ensured that he kept his charge on course for the victory. He made his move four furlongs from the end of the race and was able to maintain his surge down the straight to see out a comfortable win, finishing two-and-a-half lengths ahead of Good Magic. The next challenge for Justify will come at Pimlico where his rival could end his attempt for a historic run towards the Triple Crown. 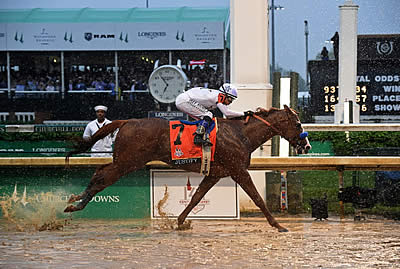 Miami, FL, May 7, 2018 – As the Official Timekeeper and Watch of the Kentucky Derby, the Swiss watch brand Longines was proud to celebrate the victory of Justify in the 144th running of the event. To mark their remarkable victory against a field of impressive contenders, the brand awarded Justify’s owner, trainer and jockey with Longines timepieces at the winner’s party. The event was just the latest in Longines’ rich tradition of precision sports timekeeping.

Known as “the most exciting two minutes in sports,” the 144th edition did not disappoint. Justify narrowly edged out Good Magic and Audible to take the coveted prize money and the wreath of roses. The elegance of the spectacle culminated with the presentation of watches to jockey Mike Smith, trainer Bob Baffert, and owners WinStar Farm LLC, China Horse Club, Starlight Racing, and Head of Plains Partners LLC by Mr. Pascal Savoy, Longines US Brand President, before an engaged crowd of spectators beneath the twin spires of Churchill Downs.

The Derby race represented the pinnacle of an exciting weekend of sport and elegance, with many highlights on and off the track. Earlier on Saturday, the Longines Churchill Distaff Turf Mile race was claimed by Proctor’s Ledge and John Velazquez, who established a lead over On Leave and Jose Ortiz, close behind.