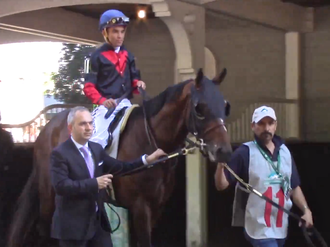 Joel Rosario on Tonalist at the 2014 Belmont Stakes.

Horse racing is widely regarded as one of the most dangerous sports in the world; however, these jockeys are driven by a strong desire for horse racing that gives them courage and determination to ride these incredibly fast and strapped horses. Here is a list of the current leading jockeys.

Irad Ortiz, Jr., a 29-year-old Puerto Rican jockey, has been a prominent rider on the New York Thoroughbred horse racing circuit since 2012. Irad comes from a jockey family; his grandfather, also named Irad Ortiz, as well as his uncle and brother, were all successful jockeys. Ortiz was successful from the start, beginning his professional riding career in 2011 and winning 76 of 357 races over the following few months. Irad has achieved great success and is currently ranked first on the leader board.

Joel Rosario is a 37-year-old jockey who was born on a farm in the Dominican Republic. Joel has won over 3000 races in his career. At the age of 14, he became a pro rider. Joel won six races on a single race card in 2009 and went on to win the world’s richest horse race at the time.

Flavien Prat is a 29-year-old French-born and raised jockey with over 1000 career victories. Flavien was a thoroughbred racing jockey who was a champion apprentice jockey and Group 1 race winner in France before relocating to the United States in 2015. Flavien has won numerous top races since then, including the Breeders’ Cup events, the Kentucky Derby, and the Preakness Stakes.

José L. Ortiz is a 28-year-old Puerto Rican jockey who is the younger brother of leader Irad Ortiz. José, like his brother, is a horse racing success story, with over 2000 career victories. José was awarded the Eclipse Award for Outstanding Jockey in 2017. He went on to win the Kentucky Oaks in 2019 and the Preakness Stakes in 2022, his second Triple Crown race win.

Tyler Gaffalione is a 27-year-old American jockey who has achieved over 1000 career wins and has been voted for the Eclipse Award for the 2015 U.S. Champion Apprentice Jockey. Tyler has managed to win over 200 races each year in his first three seasons. He won the 2019 Preakness Stakes abroad War of Will and was said to be a rising star.

Luis Saez is a 30-year-old jockey who was born in Panama City. He is a jockey in American Thoroughbred horse racing and has achieved over 2600 career wins. Luis went on to win the world’s richest race in 2020, his first Breeders’ Cup in 2020, and his first American Classic in 2021.

These are your current top 6 jockeys that are all said to rise even higher. Should you want to place a bet on one of these incredible riders, go and have a look at gambling sites not on gamstop. 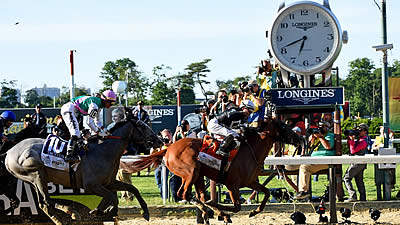 Sir Winston’s jockey Joel Rosario and his mount navigated a field of impressive contenders, surging past Tacitus and War of Will down the stretch on the outside to take the victory. Earlier that day, Rushing Fall, ridden by Javier Castellano, claimed the 2019 Longines Just a Game Stakes. Longines U.S. Brand President Pascal Savoy joined the winning teams after each race to personally present Longines timepieces to each jockey, owner, and trainer in recognition of their skillful performances.