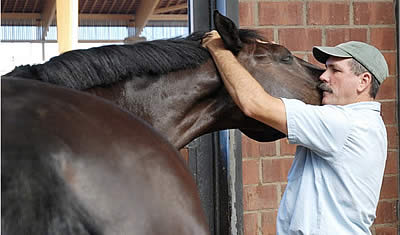 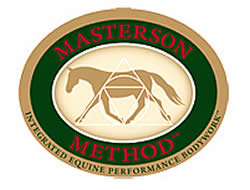 Beyond Horse Massage, a 2-day hands-on seminar-workshop, will be held at Mahan Farm in Tallahassee, FL.

In these hands-on workshops you’ll learn how to recognize and use the visual responses of the horse to your touch to find and release accumulated stress in key junctions of the body that most affect performance. Jim Masterson has successfully taught these techniques to hundreds of owners, therapists and trainers worldwide, enabling them to open new levels of communication and relationship with their horses.

The Masterson Method is an innovative form of bodywork that relaxes the horse’s body and relieves his muscles, connective tissue, and structure of deep stress and pain.

Through the gentle and light manipulation of targeted Release Points, the movement of joints or junctions through a range of motion in a relaxed state, and studied observation of the horse’s responses (his reactions tell you what he is feeling), you’ll open doors to improved health and performance while enhancing communication – and your relationship – along the way.

The Beyond Horse Massage: The Masterson Method is an approved provider for continuing education by the NCBTMB.