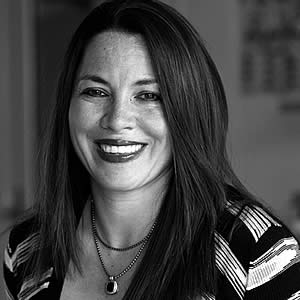 Lausanne (SUI), 8 April 2014 – Just one week after IOC President Thomas Bach announced a 23% increase in female representation on IOC commissions, Lisa Lazarus, FEI’s Chief of Business Development and Strategy will be addressing the SportAccord Convention held in Belek (TUR) this week on the topic of women in sport.

Moderated by Charmaine Crooks (CAN), five-time Olympian and recipient of the 2006 IOC Women in Sport Trophy, the panel will debate sporting equality on the field of play, in the media, in sponsorship spend, and on the boards of national and international sports governing bodies.

“Equestrian is one of the few sports that can boast gender equality on the field of play, with male and female athletes competing against each other and sharing the same podium,” Lisa Lazarus said.

“One great example of our top female athletes is American Jumping rider Beezie Madden, who will be heading to the Longines FEI World Cup Jumping Final in Lyon, France next week to defend her title.

“Last year Beezie Madden became the fifth woman to claim the FEI World Cup trophy in the world’s oldest individual Jumping series, and is currently the highest ranked female athlete in the Longines Rankings, the world rankings for Jumping riders, having consistently held a top-five place for almost a year.”

“The FEI is also one of the International Federations that has a history of strong female Presidents,” Lazarus added. “HRH Princess Haya, the third consecutive female FEI President, was appointed in 2006 following the FEI’s first contested election. The former Olympian is a UN Messenger of Peace and IOC member and is currently on three IOC commissions – Women and Sport, Entourage, and Marketing.

“The FEI is very proud to have been the International Federation to field the first female athlete from Saudi Arabia at Olympic level when Dalma Rushdi Malhas won individual bronze at the 2020 Youth Olympic Games in the Jumping.

“And it is a matter of great pride for us that the first female IOC member, in 1981, was Flor Isava Fonseca, member of the Venezuelan Jumping team at the 1956 Olympic Games and founder and first president of the Venezuelan Equestrian Federation.”

The general theme of this year’s SportAccord Convention conference programme is Sport’s New Frontier. Topics such as creating better sporting equality; integrity, and what today’s youth really think about sport, will be debated during the two conference days.

Lisa F. Lazarus is Chief of Business Development & Strategy for the Fédération Equestre Internationale (FEI) overseeing all of the commercial activities of the FEI, including media, sponsorship, and licensing & merchandising. She also advises the CEO on strategic matters relating to the growth of equestrian sport globally.

Lazarus was the FEI’s General Counsel from May 2009 – August 2013. In that role, she was responsible for all of the legal activities of the FEI, including commercial negotiations, equine and human anti-doping programmes, regulatory matters, and all cases before the FEI Tribunal and the Court of Arbitration for Sport. Ms Lazarus was also responsible for all legal matters on behalf of the FEI in the lead up to and during the London 2012 Olympic Games.

Prior to joining the FEI, Lazarus worked for the National Football League for 10 years based in New York and then London, most recently as Senior Director of Partner Development for NFL International.

SportAccord Convention is a six-day annual gathering of over 2500 leading representatives from international sport. It encompasses the Congress and General Assemblies of three associations whose members consist of 108 International Sports Federations (IFs) and Associate Members.

SportAccord Convention receives the full support of the International Olympic Committee (IOC), who organises the IOC Executive Board spring meeting at each Convention. In addition to its Executive Board Meeting, the IOC also holds its annual joint meetings with SportAccord, ASOIF and AIOWF.

The 2014 SportAccord Convention runs from 6-11 April in Belek/Antalya (TUR).

Takeda, who served as an FEI Bureau member from 1992 to 2002, competed in the 1972 and 1976 Olympic Jumping events. Following his retirement from competition, he continued to pursue his passion for sport as a coach and administrator, leading the Japanese equestrian teams at the Los Angeles 1984, Seoul 1988 and Barcelona 1992 Olympic Games. He served as a sports director to the Organising Committee for the Nagano 1998 Olympic Winter Games and was elected as President of the Japanese Olympic Committee in 2001. He was chef de mission for the Japanese delegations at the Salt Lake City 2002 and Athens 2004 Olympic Games.

Tsunekazu Takeda is the 13th IOC member from Japan. Mr Takeda’s father, Prince Tsuneyoshi Takeda, who competed in the Olympic equestrian events in Berlin 1936, was an IOC member from 1967 to 1981 and served on the organisation’s executive board for five years.

END_OF_DOCUMENT_TOKEN_TO_BE_REPLACED

Count Rogge, who was elected as the eighth President of the IOC in 2001 and re-elected for a new term in 2009, said:

“I am delighted to support the FEI Awards, which, since their creation in 2009, have rewarded some of the most exceptional people in the equestrian world. I encourage you to nominate individuals who give the best of themselves and embrace the Olympic values of Respect, Excellence and Friendship in their work with horses and in their everyday lives.”

The FEI Awards have since their creation in 2009 rewarded 15 individuals in five categories: HSBC Rising Star, Reem Acra Best Athlete, Development, Against All Odds and Best Groom.

Nominations can be made via the dedicated website www.feiawards.org.

Almost 200 guests attended the ceremony at HM King Hussein I Building, which has been named after the FEI President’s late father HM King Hussein I of Jordan, a leader committed to peace and democracy and lifelong lover of horses and sport.

HRH The Infanta Doña Pilar de Borbón, former president of the FEI (1994-2006), attended the inauguration alongside HRH Princess Lalla Amina, Chairperson of the Royal Moroccan Federation for Equestrian Sports and member of the international Advisory Council of Special Olympics.

They were joined by International Olympic Committee members, representatives from other International Federations and the federal and local Swiss authorities.

The inauguration of the new headquarters was timed to coincide with today’s FEI Extraordinary General Assembly, so that attending National Federation representatives could also join in the celebrations.

END_OF_DOCUMENT_TOKEN_TO_BE_REPLACED

Lausanne (SUI), 9 February 2010 – Following constructive debate at the FEI round-table conference at the IOC Headquarters in Lausanne today (9 February), the consensus of the group was that any head and neck position achieved through aggressive force is not acceptable. The group redefined hyperflexion/Rollkur as flexion of the horse’s neck achieved through aggressive force, which is therefore unacceptable. The technique known as Low, Deep and Round (LDR), which achieves flexion without undue force, is acceptable.

The group unanimously agreed that any form of aggressive riding must be sanctioned. The FEI will establish a working group, headed by Dressage Committee Chair Frank Kemperman, to expand the current guidelines for stewards to facilitate the implementation of this policy. The group agreed that no changes are required to the current FEI Rules.

The FEI Management is currently studying a range of additional measures, including the use of closed circuit television for warm-up arenas at selected shows.

The group also emphasised that the main responsibility for the welfare of the horse rests with the rider.

The participants in the FEI round-table conference were:

The Federation Equestre Internationale (FEI), founded in 1921, is the international body governing equestrian sport recognised by the International Olympic Committee (IOC) and includes 133 National Federations. Equestrian sport has been on the Olympic programme since 1912 with three disciplines – Jumping, Dressage and Eventing. It is one of the very few sports in which men and women compete on equal terms. It is also the only sport which involves two athletes – horse and rider. The FEI has relentlessly concerned itself with the welfare of the horse, which is paramount and must never be subordinated to competitive or commercial influences.