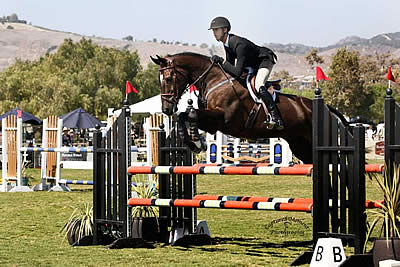 New York, NY – Athletes from the Intercollegiate Horse Shows Association (IHSA) will showcase their equitation on an international stage at Longines Masters New York. The inaugural IHSA Metropolitan Equitation Invitational will be held April 26 at NYCB LIVE, Home of the Nassau Veterans Memorial Coliseum, in Uniondale, New York at 3 p.m.

Established in Paris, Hong Kong, New York, and recently-added Lausanne, the Longines Masters series was inspired by the legendary tennis Grand Slam. It is considered is one of the most prestigious equestrian events in the world. The American leg of the Longines Masters Series will feature international show jumping competition and unparalleled sport with the world’s top-ranked equestrian athletes, as well as luxury shopping, dining, and entertainment. Each Longines Masters event is broadcast in close to 100 countries and reaches up to 260 million households.

Longines Masters of New York has provided two of the most respected authorities on hunter seat equitation to judge the first-ever event. George H. Morris is widely regarded as the founding father of hunter seat equitation. At 14, he won both the ASPCA Maclay Horsemanship Finals and the AHSA Hunt Seat Equitation Medal Finals, the youngest rider ever to achieve the two titles. He is an Olympic silver-medalist and as the U.S. chef d’equipe, he led the team to Olympic gold in 2004 and 2008.

“I’m looking forward to judging the first Metropolitan Equestrian Invitational,” said Morris. “I was the judge at the first IHSA horse show at West Point and support the American system of Equitation. I’ll be judging on the basics of riding: heels down, eyes up, shoulders back, ride forward.”

“It’s a totally different kind of experience than anyone, regardless of [level], would have — to go to a show and sit on a horse that you’ve never sat on before. [The horses] come with very specific instructions: you can use a stick on this one, you can use spurs on that one, and if you do, use this size. I think that really sets you up to deal with a plethora of different types of horses,” said Goutal-Marteau, who is a New York native and resides in Manhattan. “I think, as a New Yorker, we’re always wondering, ‘Why aren’t there more shows close by home?’ I think that comes down to the atmosphere, the level of competition, the level of entertainment that the New York Masters provides. Everything is just at the top, top level, and to have it right in your own backyard, I just think it makes everyone so excited.”

For more information, go to IHSAinc.com