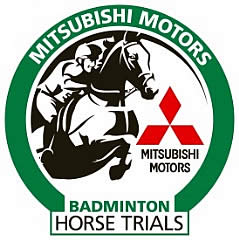 12 April 2013 – Specialist equestrian channel Horse & Country TV (Sky Channel 280) today announced full details of its coverage of this year’s Mitsubishi Motors Badminton Horse Trials. This will include preview and highlights shows, as well as exclusive behind-the-scenes content from Badminton through Rudall’s Round-Up and the all-new Badminton: A Rider’s View.

Premiering on Monday 29 April 2013 at 2100hrs (BST), Horse & Country TV will show a special Badminton Preview programme focusing on three of the world’s greatest event riders: Michael Jung (GER), William Fox-Pitt (GBR), and Andrew Nicholson (NZL). Jung is the reigning Olympic, World and European champion. Notwithstanding his extraordinary record, 2013 will be Michael’s first-ever appearance at the Mitsubishi Motors Badminton Horse Trials. Fox-Pitt has five horses to choose from in his attempt to claim the Rolex Grand Slam of Eventing accolade, by adding the 2013 Mitsubishi Motors title to his wins at the 2011 Land Rover Burghley Horse Trials and the 2012 Rolex Kentucky Three-Day Event. Andrew Nicholson, the man with by far the most Badminton completions to his name, but without a win, was on a roll at the end of 2012 with victories at the HSBC FEI Classics at Burghley and Pau.

From 12 April 2013 onwards visitors to Horse & Country TV’s website (www.horseandcountry.tv) will be able to see a 15-minute Course Walk with Event Director and course designer, Hugh Thomas, who will be accompanied by Beijing 2008 bronze medallist, Daisy Berkeley. Thomas has said that the Cross-Country course will be similar to the one prepared for last year’s cancelled show; however, a few tweaks have been incorporated.

At the event itself the Horse & Country TV team will be present throughout, filming a Rudall’s Round-Up special to be premiered on 13 May 2013 at 2030hrs (BST). As ever, presenter Jenny Rudall will be taking the audience behind the scenes and interviewing the riders and personalities who help make Badminton such a landmark in the equestrian calendar.

On 16 May 2013 at 2000hrs (BST) Horse & Country TV will premiere a one-hour Badminton Highlights show featuring key action from this year’s competition. Produced for the FEI, the programme will feature extensive Cross-Country footage as well as the final rounds of the Show Jumping where the competition will be won or lost.

Perhaps the most exciting new aspect of Horse & Country TV’s Badminton coverage this year will be a specially commissioned one-hour documentary – Badminton: A Rider’s View. In the run up to, and throughout the whole competition, Jenny Rudall will follow top eventer Francis Whittington, visiting his yard to observe and document his training regime first-hand, including a lesson with World Class Performance Manager, Yogi Breisner. The programme will give unique insight into what it takes to get horse and rider to peak condition and ready to compete at the highest level. Badminton: A Rider’s View is sponsored by Francis’s feed partner, Saracen Horse Feeds.

“This is our most ambitious Badminton schedule to date and it reflects the combination of top quality sports action and behind the scenes insight and access that our viewers love. We’re delighted to have Saracen’s support in the making of Badminton: A Rider’s View which will be a unique window into the world of top class eventing.”

“We are delighted that Horse & Country TV is able to show so much of Badminton, with in-depth coverage that could not be shown on the terrestrial broadcast channels.”

Horse & Country TV lives on-air, on cable and satellite (Sky channel 280), and online at www.horseandcountry.tv and www.horseandcountrytv.nl. The Channel broadcasts exclusive sports event coverage, news, documentary and personality-led programming to the passionate audience for horse sports and country living. At the UK’s Broadcast Digital Awards Horse & Country TV won “Best Specialist Channel” in 2011 and was shortlisted in two categories this year. Online Horse & Country TV publishes blogs and commentary provided by a range of experts and personalities, an extensive range of equestrian video, a calendar of events, as well as programme support material for all of the Channel’s featured shows. Horse & Country TV’s role as a community hub for the horse and countryside loving community is reflected in the Channel’s 500,000+ viewers each month, 80,000+ Facebook fans and 10,000+ followers on Twitter.

12 February 2013 – Horse & Country TV is delighted to announce the forthcoming premiere of two exclusive new series – Yard Talk and H&C Masterclass – which will premiere on 18th February from 9pm.

Yard Talk takes viewers behind-the-scenes at top riders’ yards, to meet their teams and their horses, and find out what life is really like for these professional competitors and Olympic and Paralympic champions.  Participants already confirmed for the series include Tina Cook (three-day eventing), Trevor Breen (showjumping), Natasha Baker (para-equestrian dressage) and Louise Bell (showing).

In addition to showing viewers around their yards, the riders featured in Yard Talk offer a unique Masterclass on their equestrian specialisation.