The Trump Invitational benefits the 2013 FTI Consulting Great Charity Challenge (FTI GCC), present by Fidelity Investments, one of the hallmarks of Equestrian Sport Productions’ FTI Consulting Winter Equestrian Festival. The event has raised and distributed over $2.7 million to local Palm Beach charities over the last three years. In addition to the grand prix competition on Sunday, a wild card charity was drawn for the 2013 FTI GCC, The Voice winner Cassadee Pope performed some of her top songs as well as the national anthem, and Olympic Dressage duo Tina Konyot and Calecto V performed their winning freestyle exhibition.

END_OF_DOCUMENT_TOKEN_TO_BE_REPLACED

Wellington, FL – December 26, 2012 – Equestrian Sport Productions (ESP) announces that the riders for the $100,000 Trump Invitational, held at The Mar-a-Lago Club on Palm Beach Island on Sunday, January 6, at 12 p.m., have been announced.

The riders that will be invited to compete in the inaugural $100,000 Trump Invitational are:

From the United States:

END_OF_DOCUMENT_TOKEN_TO_BE_REPLACED 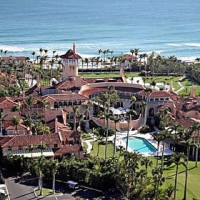 Wellington, FL – November 30, 2012 – Mark Bellissimo and Donald Trump are pleased to announce that they will host the first annual $100,000 Trump Invitational to benefit the 2013 FTI Consulting Great Charity Challenge presented by Fidelity Investments (FTI GCC). A FEI-rated show jumping event, it will be held on the grounds of the stunning Mar-a-Lago Club in Palm Beach, FL, on Sunday, January 6, 2013, at 12 p.m.

Mar-a-Lago, the former Marjorie Merriweather Post Estate purchased and restored by Trump in 1985, is one of the most spectacular mansions in the world and in the national register of historic places and a designated U.S National Landmark. It will be the first ever equestrian event held on Palm Beach Island and will serve as an exciting kick-off to the 2013 FTI Consulting Winter Equestrian Festival, the 12-week circuit that runs at the Palm Beach International Equestrian Center on January 9 – March 31, 2013.

END_OF_DOCUMENT_TOKEN_TO_BE_REPLACED

Loxahatchee, FL – December 14, 2011 – The 2011 Holiday HorseFest held in Downtown West Palm Beach, FL, on Sunday, December 11, 2011, at the Meyer Amphitheatre was a huge success. Vinceremos Therapeutic Riding Center (VTRC) emerged victorious as a nominated charity to be represented at the 2012 FTI Great Charity Challenge presented by Fidelity Investments on the evening of Friday, February 17, 2012.

As one of the 32 selected charities, VTRC will be randomly assigned to one of the sponsored teams competing for the top prize money at the Great Charity Challenge. The Challenge is a competition consisting of two junior/amateur-owner riders combined with one Olympic or world-class rider. This year, $1.5 million is the goal, and all proceeds will directly go to the participating charities, with the least amount received being $10,000.

VTRC also had the honor of participating in the opening ceremonies of Holiday HorseFest. Juan Burbano, A. J. Zembrzuski, Carrie MacMillian, and Jason Legato performed a color guard routine to represent the VTRC and the Special Olympics.

END_OF_DOCUMENT_TOKEN_TO_BE_REPLACED

A summary of the 2011 Bye Candidates and the count of sales is below:

Wellington, FL – January 15, 2011 – The first annual FTI Great Charity Challenge galloped out of the gates in 2010 with huge momentum, raising over $560,000 for 24 non-profit charities. The success of the inaugural event inspired Equestrian Sport Productions to set a fundraising goal of $1 million for the 2011 FTI Great Charity Challenge presented by Fidelity Investments, which is a featured event of the 2011 FTI Winter Equestrian Festival.

The Great Charity Challenge (GCC) is a relay style jumping competition that is scheduled to take place at 6:00 p.m. on February 19, 2011 in the International Arena at the Palm Beach International Equestrian Center. Thirty relay teams will be formed, consisting of two junior/amateur riders and one professional rider. Each equestrian team is assigned a charity to represent, and the charity matched with the winning team will win over $100,000!

The event will also host the Equestrian Aid Foundation Carnival, where children can enjoy carnival games, a dunk tank, a moon bounce, and more. In the true spirit of giving, the EAF will contribute half of the proceeds received from the Carnival to the total prize money awarded to the 30 charities participating in the GCC. The other half of the proceeds will be contributed to the Equestrian Aid Foundation.

Wellington, FL – October 15, 2010 – Equestrian Sport Productions and the FTI Winter Equestrian Festival (WEF) are offering the chance of a lifetime to charities serving Palm Beach County. The FTI WEF will once again host the Great Charity Challenge on the evening of Saturday, February 19, and this year the goal is to raise a tremendous amount of $1 million, all of which will be donated to charity.

The Great Charity Challenge (GCC) is an exhilarating pro/am relay style jumping competition that will take place under the lights in the International Arena at the Palm Beach International Equestrian Center to benefit 30 non-profit charities. 2010 was the event’s inaugural year, and over $560,000 was raised and donated to 24 charities that were randomly selected to participate in the event.

Teams, which are generously sponsored by families and individuals, consist of two junior/amateur riders and are anchored by one Olympic or world-class rider. Each equestrian team is assigned a charity to represent, and the charity matched with the winning team of riders will win over $100,000!