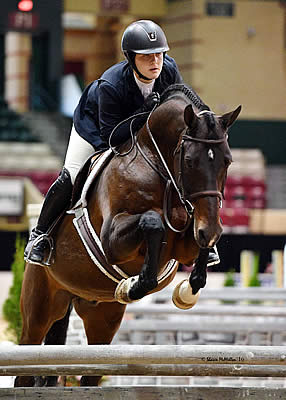 Upper Marlboro, MD – Management at Capital Challenge Horse Show announces a change in results at the 2016 event, which was held October 1-9 at the Prince George’s Equestrian Center in Upper Marlboro, MD.

Pearson and Cambiaso, a 13-year-old Warmblood gelding by Cassini I, were first and third over fences, fifth in the handy stake, and third in the under saddle to garner the top tricolor ribbon. They also went on to win the WCHR Junior 3’3” Challenge and the WCHR Junior 3’3″ National Championship.

The 2017 Capital Challenge Horse Show will be held once again at the Prince George’s Equestrian Center in Upper Marlboro, MD, on September 30 – October 8.