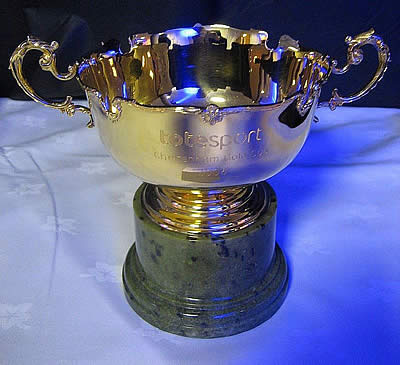 The Cheltenham festival usually consists of 28 races, but of them all, the one to look forward to the most is the Gold Cup which takes place on the last day of the events. The Gold Cup is usually a test of character and strength for not just the runners but the riders as well. During the Gold Cup, the horses have to navigate through 22 different jumps and run a distance of 3 ¼ miles.

This year’s Gold Cup race will take place on the 15th of March and will start at 1:30pm. However, the main and the most interesting race of the Gold Cup day will take place at 3.30pm and is called the Magners Cheltenham Gold Cup Chase. Check out this link if you are looking for horse racing tips for today and tomorrow and every day after that as the Cheltenham offers so much money for not just trainers and riders, but for punters as well.

Might Bite was the favourite for last year’s Gold Cup, but Native River pulled off a surprise to win with Might Bite coming second. Third, fourth, and fifth positions were occupied by Anibale fly, Road to Respect, and Djakadam, respectively.

Native River will be hoping to defend its title, but just as last year is not the favourite for the title. This year’s favourite is Presenting Percy who won 2018’s RSA Chase. Another runner punters will keep an eye on is Kemboy, who has done incredibly well so far this season. He is some bookmakers’ favourite for the Gold Cup as well. Also worth keeping an eye on for the Gold Cup is Clan Des Obeaux who recently won the King George VI Chase.

Skybet has rated defending Native River at 7/2 to win the Gold Cup, same as Unibet, Paddypower, and a host of other bookmakers. Although Native River is the defending champion, most bookmakers have it rated as third favourite. The second favourite is Clan Des Obeaux, who is available at 9/2 via Bet365, Ladbrokes, and Williamhills.

2018’s RSA Chase winner Presenting Percy is rated higher than Native River and is favourite for the Gold Cup, but most bookmakers have him at 7/2 to win, which appears like the bookmakers think it will be: a strong contest between the three horses. 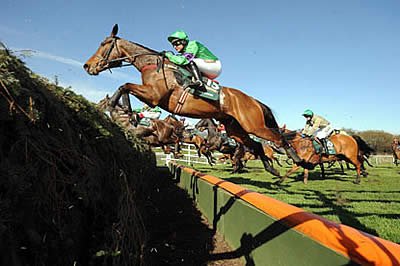 The only horse to have won the Cheltenham Gold Cup and the Grand National in the same season is Golden Miller way back in 1934. But many have won the Aintree spectacular after running in the Cheltenham showpiece, the most recent being the ill-fated Many Clouds who finished sixth behind Coneygree in the 2015 Gold Cup before beating Saint Are by a length and three quarters at Aintree just under a month later.

The 2017 Randox Health Grand National is likely to feature several leading candidates who ran with great credit in the championship contest at Prestbury Park, namely the runner-up to Sizing John – Minella Rocco – and the Paul Nicholls-trained Saphir Du Rheu who was bang in contention for most of the race until the closing stages, eventually coming home in a respectable fifth place, beaten just over six lengths. One position further back was Minella Rocco’s stablemate More Of That who could also take his chance in the Aintree marathon, giving owner of both JP McManus the chance of a second National following Don’t Push It (ridden by the legend that is AP McCoy) in 2010.

The new 10-1 favourite with most bookmakers, on the Grand National free bets 2017, Minella Rocco will have to defy the record books if he is to prove victorious in three weeks’ time as no seven-year-old has won the great race since Bogskar in 1940. The son of Shirocco will not be found wanting on the stamina front however as his length and a quarter victory over the high-class Native River in the four mile National Hunt Chase at the 2016 Cheltenham Festival will testify. Having failed to complete the course in two of his four starts this season, however, negotiating those formidable Grand National fences may turn out to be more of an issue for the horse who, despite set to carry 11st 6lb, could be well handicapped.

Also likely to receive a hike in the ratings is Saphir Du Rheu who will be receiving 2lb from Minella Rocco and will attempt to emulate Bindaree (2002) and Many Clouds (2015) as the third eight-year-old to win the race this century. After taking a Grade 1 over the Mildmay fences at Aintree’s Grand National meeting in 2015, the Al Namix gelding was seen as a potential Gold Cup winner, but, only six then, the grey (always popular with once-a-year players) may be about to fulfil that potential with more experience under his belt and at the 25-1 available with several bookmakers is sure to prove popular with punters come the day of the race.

More Of That took the scalp of the great Annie Power in the 2014 Stayers Hurdle at Cheltenham but has not carried that form on over the bigger obstacles. Too soon to write off just yet, it would be no surprise to see this classy contender play a leading role if taking to the race, making the 25-1 on offer with Coral and Ladbrokes a tempting proposition. 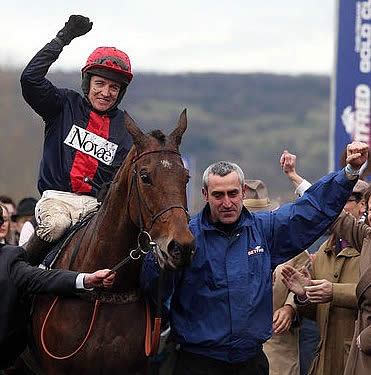 Festival week culminated in the much coveted Gold Cup, bringing together the ‘best of the best’ in a bid to win a slice of £550,000 prize money. Popular Irish jockey Barry Geraghty rode eight year old ‘Bobs Worth’, the 11/4 favourite to a gutsy seven length victory. In a bizarre sequence of events Barry bought the horse as a yearling for 16,500 Euros and owned him for two and a half years before selling him to his current trainer, Nicky Henderson. No one has ever bought, sold and then ridden the same horse to victory in The Gold Cup before.

Amateur jockey Sam Waley-Cohen made the running on the 2011 winner ‘Long Run’ (also trained by Henderson) over 22 fences, pushing stamina to the limits on the taxing 3m 2f trip. Champion jockey AP McCoy chased in hot pursuit on ‘Sir Des Champs’, eventually finishing second before ‘Bobs Worth’ drew clear on the uphill run in. The win gave Lambourn based trainer, Nicky Henderson, two reasons to celebrate, this being his 50th Festival win in a training career spanning 35 years.

On a day of highly charged emotions, Barry Geraghty dedicated his victory to amateur jockey and friend, J. T. McNamara, who was critically injured in a fall earlier in the week. 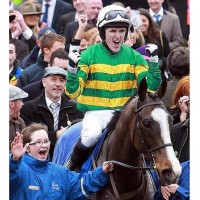 March 16th, 2012 – The Cheltenham Gold Cup was the climax of another spectacular week of National Hunt racing at this annual festival in the picturesque Cotswolds. Run over a distance of 3 miles 2 furlongs in a natural amphitheatre of rolling hills, this coveted race has a prize fund of £284,750. The two most fancied contenders were dual Gold Cup winner (2007, 2009) Kauto Star, the most popular horse in the country, and last year’s winner Long Run. In front of a 65,000 crowd, Long Run started favourite in a bid to retain his crown. Early on it became apparent to jockey Ruby Walsh that Kauto Star was not running well – a fall during training in the run up to the festival had previously poured doubt on his participation. He was pulled up and it is likely that this 12 year old superstar will now have a well-earned retirement after 7 successive festival appearances and winning earnings of over £2 million. Long Run failed to produce the sparkle of last year and turning for home with the long haul up the hill towards the finish, met the last fence in unison with Synchronised and The Giant Bolster. A battle of tenacity and stamina ensued. Former Welsh National hero Synchronised emerged the stronger of the trio to give 16 times Champion jockey A P McCoy his second victory in this prestigious race. Owned and bred by legendary Irishman J P McManus, Synchronised, who is small in stature compared to many, put up a gutsy performance for popular local trainer Jonjo O’Neill.

END_OF_DOCUMENT_TOKEN_TO_BE_REPLACED

LONG RUN became the youngest horse to win the Cheltenham Gold Cup for nearly 50 years in a truly enthralling race. The showpiece of the festival lived up to its name when the Nicky Henderson trained horse powered to a seven length victory ridden by amateur jockey Sam Waley-Cohen. Kauto Star and Denman, the previous Gold Cup winners ( 2007, 2008, 2009 ) trained by Paul Nicholls, put up an immensely brave challenge together with last year’s victor, Imperial Commander but eventually bowed down to the strength of the young contender. The 6 year old French bred gelding, owned by the father of the jockey went off as 7-2 favourite giving his Berkshire based trainer the elusive victory that he has sought for 33 years.

Denman ran a terrific race in defeat to finish runner up for the second year and stable mate Kauto Star held on to third place. Thirteen horses went to post for the 3m 2½ furlong Steeple Chase which was first run in 1924 and now boasts £500,000 in prize money.

The Cheltenham Gold Cup produced more drama to end a week in which only 3 clear favourites won, producing a succession of unexpected results. Crowds reached an all time high but Britain’s bookies were last night celebrating their 45-million-pound windfall after the odds-on favourite, Kauto Star and his stable companion rival, Denman, failed to win this coveted prize.

Kauto Star was bidding for a third Gold Cup victory and a second in a row but the Paul Nicholls trained 10-year-old had a crashing fall four fences from home after making a blunder early on. Denman, who won in 2008, took up the running and a battle ensued but even with champion jockey Tony McCoy on board, they couldn’t hold off an impressive challenge by younger rival, Imperial Commander (7/1). Locally trained by Nigel Twiston-Davies, this handsome son of Flemensfirth (USA) surged clear to win by seven lengths, giving trainer and jockey Paddy Brennan their first Gold Cup victories. Mon Mome who won the 2009 Grand National finished third.

A cheer of relief erupted from the crowd as Kauto Star returned unscathed. He will now have a well earned rest until next season. Mon Mome will now head to Aintree to attempt to become the first dual Grand national winner since Red Rum and Denman will likely have the Grand National as his principal target next season.

Despite his disappointment on Kauto Star, Ruby Walsh was leading jockey at the festival for the fifth time. Nicky Henderson won the top trainer award.