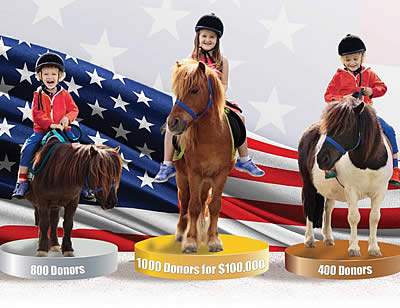 Graphic: Courtesy of the USET Foundation

Gladstone, N.J. – July 11, 2019 – The United States Equestrian Team (USET) Foundation is pleased to announce the launch of a transformative new initiative, the Pathway to the Podium Participation Challenge.

“During the Pathway to the Podium Participation Challenge, we invite you to get to know the USET Foundation and the countless ways that we support equestrians across the country,” said Bonnie Jenkins, USET Foundation executive director. “For some, this is our first opportunity to show how we help make representing America possible. For many others, this challenge serves as a fond reminder of the USET Foundation’s great history of support and a rally for success. We thank you and our teams thank you.”