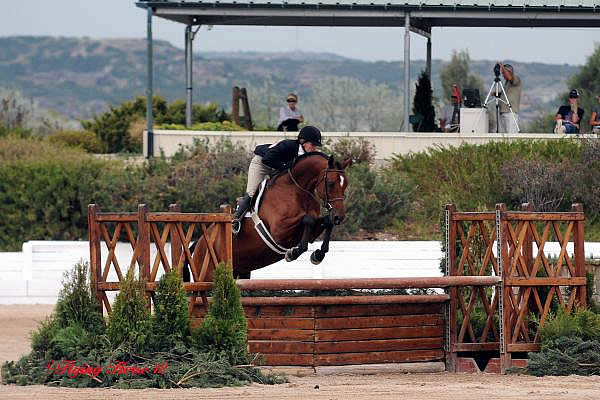 Parker, Colorado – March 20, 2013 – In January 2013, the results of a study providing a clearer snapshot of the economic impact of the horse industry in Douglas and Elbert counties in Colorado was released to the public. Summit Economics, LLC, a research and consulting service specializing in applied economics, public policy, municipal finance and business strategy development, conducted the research. The firm has extensive experience in preparing economic impact studies for government and business.

“Summit Economics has an excellent reputation and has prior experience with analysis of horse-related events and venues,” said Geoff Combs, Chief Financial Officer at the Horse Park.

Douglas County is located midway between Colorado’s two largest cities, Denver and Colorado Springs. The county population is estimated at 292,000. The county seat is Castle Rock.

The results of the study estimated the horse industry impacts the Douglas and Elbert counties by adding between $110 million to $135 million into their economies. Activity at Colorado Horse Park, located in Douglas County, generates just over $15 million, or between nine and 15 percent of the total two-county economic activity, per year and supports between 300-350 jobs.

“It is so easy to dismiss the value of the industry because horse people and horse activities are so diverse,” said Helen Krieble, President and founder of the Colorado Horse Park. “We all really wanted decision makers to understand the vitality of the industry and that it directly and indirectly touches so many other industries and generates private and public earnings.”

The rationale to evaluate the industry varied between supporters. Their reasons ranged from creating a greater understanding of the value of equestrian real estate and the value of property rights of horse owners to evaluating the health of the industry.

The last study of the horse industry was conducted in 2007 and was a broader, statewide study. The new study was developed in two parts. Part One focused on Colorado Horse Park and Part Two wrapped the entire industry together for both counties. The results of the study confirm that horses are a major economic driver in the two Colorado counties.

The employment impact of the horse industry in Douglas and Elbert Counties, both direct and indirect, is estimated at between 1,400 and 1,950 jobs. Total spending by Colorado Horse Park competitors on lodging, food, with vendors and other personal shopping was $917,000 spread over an average of 22 days. The total spending by spectators, staff and competitors was $15,286,064 during the 2012 season.

Colorado Horse Park staff was invited to present the results of the study at a recent meeting of the National Coalition of Horse Councils. Groups in Florida, Virginia, Kentucky, Texas and other states, public entities and private organizations have also conducted horse-related studies. 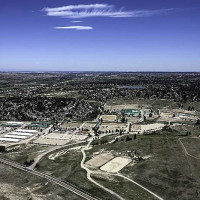 Funding for the study was provided by the Colorado Horse Park, together with partners, Douglas County, the Town of Parker, the Parker Chamber, the Dumb Friends League, Murdochs Ranch & Home Supply, Douglas-Elbert County Horse Council and citizens invested in the study to quantify the value of the highly fragmented and segmented horse industry in their region.

To request a copy of this study, please email kfenner@cohorsepark.com with “request study” as your subject line.

Celebrating its 20th Anniversary, the Colorado Horse Park was founded by visionary Helen Krieble who acknowledged the need for a high-volume horse show and horse boarding facility to serve Colorado. The Colorado Horse Park welcomes more than 75,000 visitors per year and hosts over 40 competitions annually. CHP features a derby arena designed by Olympic-designer Linda Allen and a cross-country course designed by Olympic Gold Medalist, David O’Connor. There are 300 permanent stalls with capacity for more than 1,000 stalls.