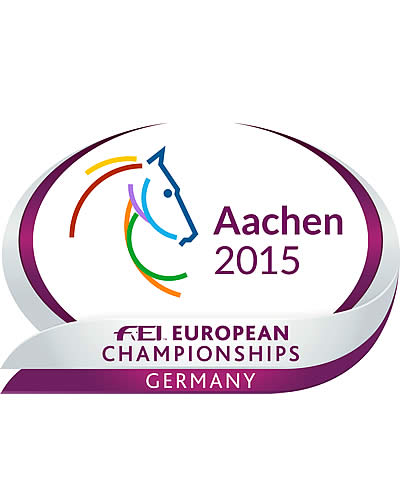 Aachen (GER), 22 August 2015 – Following an on-course incident in which a member of the arena fence crew ran across the track as Irish rider Cian O’Connor was turning towards the 11th fence during the team Final at the FEI European Jumping Championships 2015 in Aachen (GER), the Irish chef d’equipe Robert Splaine and athlete Cian O’Connor lodged a protest. The horse Good Luck hit the fence to complete the course on four faults.

The protest was heard by the Ground Jury, who ruled that as the athlete had continued his round, they saw no reason to stop him by ringing the bell. Under Article 233.3 of the FEI Jumping Rules, the athlete had the opportunity to stop voluntarily due to unforeseen circumstances beyond his control; however, he did not do so.

The Ground Jury heard explanations from Robert Splaine and Cian O’Connor, reviewed video footage of the incident, and ruled that the result would stand.

The decision means that the Irish team score of 25.960 penalties remains unchanged, leaving the Irish in seventh overall, with the qualifying slots for the Rio 2016 Olympic Games going to Switzerland (3rd), Great Britain (4th) and Spain (6th).