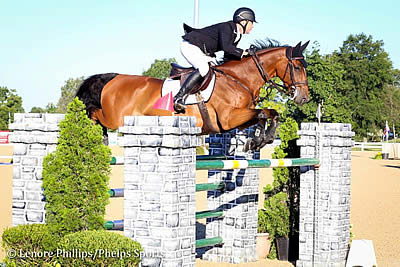 Lexington, Ky. – July 31, 2017 – New Zealand’s Sharn Wordley has taken over the lead in the 2017 Hagyard Challenge Series after earning ribbons in all three of this year’s show jumping events. During the Kentucky Summer Classic, Wordley took over the top spot with two top ten placings on Thursday’s $25,000 Hagyard Lexington Classic. The Kentucky Summer Horse Show also featured the fifth event of the series for the 2017 USHJA National Hunter Derby sponsored by the World Equestrian Center and Kentucky Horse Shows, LLC, where Jeff Gogul continues to hold the lead in the standings.

Wordley’s consistent efforts in the Hagyard Challenge Series have him atop the leaderboard currently, but Thursday’s winner Pablo Barrios of Venezuela is in a close second, followed by David Beisel in the third place position after earning second and third in the $25,000 Hagyard Lexington Classic during the Kentucky Summer Horse Show.

The Hagyard Challenge Series consists of seven grand prix classes held during the 2017 show series at the Kentucky Horse Park. Following the final event, a cash prize of $50,000 will be awarded to the rider accumulating the most points throughout the series. The series concludes with the $65,000 Hagyard Lexington Classic held during the Kentucky National Horse Show. Following that exciting competition, the winner of the $50,000 Leading Rider Bonus will be announced and presented with the cash prize by the Hagyard Equine Medical Institute.

The Kentucky Summer Horse Show also featured the $5,000 USHJA National Hunter Derby, sponsored by the World Equestrian Center and Kentucky Horse Shows. Jeff Gogul has earned the top spot in three of the events to have a strong lead in the standings. David Beisel is currently ranked second, followed by Victoria Colvin.